Although Jon Snow ended up defeating Ramsay Bolton to retake Winterfell and win the “Battle of the Bastards” in the ninth episode of Game of Thrones‘ sixth season, he had to do it all without the help of one of his most trusted companions: Ghost. The loyal direwolf was missing in action during the clash, a fact that didn’t go unnoticed by many viewers.

When asked about Ghost’s absence, Liam Cunningham — who plays Davos Seaworth on the HBO drama — told Tech Insider that leaving the direwolf behind was a strategic move by Jon. “Obviously a big battle like that is no place for a direwolf,” he said. “They’re not gonna last very long — I mean look at what happened to Wun Wun, the last of the giants.”

However, director Miguel Sapochnik revealed it was more of a budgetary concern. “[Ghost] was in there in spades originally, but it’s also an incredibly time consuming and expensive character to bring to life,” Sapochnik told Business Insider. “Ultimately we had to choose between Wun-Wun and the direwolf, so the dog bit the dust.”

Regardless of the reason why he wasn’t there, after the recent deaths of Shaggydog and Summer, we’re just happy Ghost was safely out of harm’s way.

“The Winds of Winter,” the tenth episode of Thrones‘ sixth season, airs Sunday at 9 p.m. E.T. on HBO. 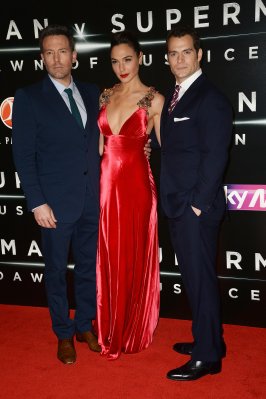 Here's What We Learned From Reports of a Justice League Set Visit
Next Up: Editor's Pick