Why CEOs Are Becoming Political Figures

Republican presidential candidate Donald Trump speaks to a crowd of supporters during a campaign rally on June 18, 2016 in Phoenix, Arizona.
Ralph Freso—Getty Images
By Rana Foroohar

Businesspeople are increasingly taking center stage in politics. Think Donald Trump, but also Michael Bloomberg, Carly Fiorina, and so on.

Will we also see executives becoming ambassadors for social causes? Hot button issues like race, religion, gay marriage and the like used to be territory that CEOs avoided. But a number of them have been bucking that trend. Starbucks CEO Howard Schultz has taken on issues like gun violence and race relations; Salesforce founder Marc Benioff and a number of other business leaders came together to pressure the governor of Georgia to veto a “religious liberty” bill that would have allowed discrimination against same sex couples. (Apple CEO Tim Cook did the same thing a year ago in Indiana.)

Why are they doing it? Schultz told me in an interview a couple of years ago that he felt a social obligation to speak out about race after the shooting of a young African American man in Ferguson, not only because he employs so many people of color, but because consumer anxiety after the event (and the riots that followed) was impacting the firm’s sales.

But there’s also growing evidence that CEOs may have to take on these issues, whether they want to or not, because their consumers demand it. A recent study from public relations firm Weber Shandwick, “The Dawn of CEO Activism,” found that Millennials in particular are looking to business leaders to speak out on important social issues. 46% of them say they would be more likely to buy from a company with a CEO that takes a position on a risky topic like race or guns or gay marriage that they agree with. That can directly impact a company’s bottom line. A separate study by Duke and Harvard professors found that Tim Cook’s position on gay marriage not only swayed public opinion on the topic, but increased consumer intentions to buy Apple products.

But the trend can work the opposite way, too. 40% of Americans say they would be less likely to buy from a company if it turns out that its leader is espousing a view they don’t like. Indeed, Schultz took plenty of heat for his stance on race, in part because it seemed awkward to ask baristas to discuss the subject with customers.

My prediction? Corporate activism is going to increase not only because leaders themselves have social beliefs they want to put forward, but because corporations will increasingly find themselves involved in areas that used to be the purview of the public sector, like education, workforce training, and such. Corporations now take the largest share of the national wealth share by far compared to labor and the public sector. It’s only natural that corporate leaders should become more involved in the debate over various social issues. What it means for the bottom line will depend on the topic – and the leader. 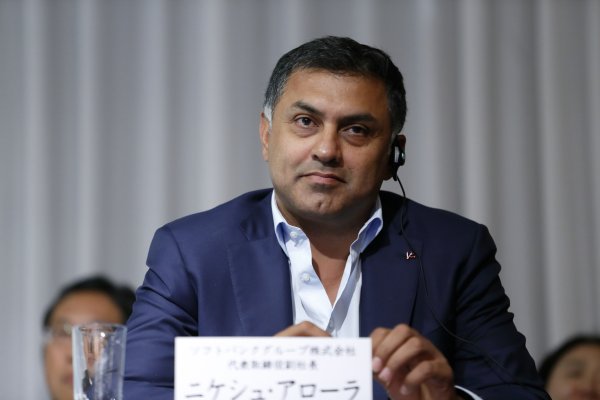 Nikesh Arora Resigns As President of SoftBank
Next Up: Editor's Pick