Ideas
By Peter Atwater
Atwater is the author of Moods and Markets and president of Financial Insyghts.

Last week, Rana Foroohar identified two reasons investors should be leery of the Microsoft-LinkedIn linkup. But there is another, albeit it wonky reason to be concerned—and not just about this most recent tech pairing, but about the true financial condition of many American corporations today.

At the peak of the market in 2000, the Financial Accounting Standards Board—the private governing body that determines how companies report assets and liabilities on their balance sheets—changed the rules for how companies account for mergers. Acquisition premiums—the gap between how much a company (say, LinkedIn) is bought for and the value of that company’s tangible, real, sell-able assets—no longer had to be expensed or amortized as they had been in the past. Instead, the company that is buying (say, Microsoft, in the case of LinkedIn) accounts for this gap by in, in effect, making “goodwill” and other intangibles into assets. And their value is based entirely on how much a company like Microsoft is willing to pay for a company like LinkedIn. The more the buyer is willing to pay, the more goodwill and other intangibles are added as assets; essentially, the more these figments are suddenly worth.

When investment markets are strong, such as they are today, and target companies are richly valued, acquiring companies are forced to pay top dollar to selling shareholders. As a result, when mergers close, goodwill and other intangible assets skyrocket on the buyer’s balance sheet.

Under the FASB’s new merger accounting rules, goodwill and other intangible assets are reviewed on an ongoing basis by a company’s auditors to determine if they are still “worth” what they were when the acquisition first closed. While the goodwill’s value can’t be increased, it can be if things turn out to be worse than expected.

Today, there is more than $2.5 trillion in goodwill on corporations’ balance sheets. Over the past fifteen years, because of how many super-big and super-cheap loans have been available, corporations have not only borrowed like never before, but, thanks to massive mergers, much of that debt has been paired with soaring intangible assets. Much like homeowners took out home-equity loans to borrow against the increased value of their homes during 2004, corporations today are borrowing to purchase other companies at high valuations.

Zealous consultants and investment bankers will argue that the Goodwill Boom merely reflects the change in corporate strategies: American corporations manufacture far less than they used to. Companies aren’t buying other companies to add mills, factories and other “real” production facilities like we used to. Microsoft, for example, is buying LinkedIn for its brand, website platform and software—arguably far more ethereal assets. Not surprisingly, what the $25 billion Microsoft is paying dwarfs LinkedIn’s $4 billion balance sheet.

But there have been many other mergers of more traditional corporations since 2000 in which enormous goodwill was recorded. During 2007, we witnessed a frenzy of mergers dripping with goodwill, particularly among commodity companies—global behemoths with big balance sheets full of very real assets that really do make things.

As I see it, the Goodwill Boom is nothing more than an expression of extreme financialization, increasing the role of finance in realms of life—even business—that it previously did not touch. Just like home values shot up as overconfidence and cheap debt came together ten years ago, the value of corporations is doing the same today. And as one company sells to another, a big part of those high confidence–driven values is showing up on buyers’ balance sheets in the form of intangibles. As assets of all kinds are monetized and valued at higher and higher prices, the ballooning of goodwill on corporate balance sheets is simply measuring the result.

Most recently, surging intangibles have dangerously become a thermometer for Wall Street’s frenzied enthusiasm for technology mergers. But consider what has taken place in the commodity space over the past eighteen months. The prices of copper, aluminum, gold and other metals collapsed, and as the confidence fell, speculators and investors fled and sent their capital someplace safer. The result was huge goodwill write-downs. Those profit-heavy projections by corporations and investment bankers to justify astronomical valuations—and supersized goodwill on commodity company balance sheets—were revealed to be pure fantasy within a decade. Auditors suddenly recognized that all of that goodwill was worthless.

Sadly, though, the debt used to fund a lot of the goodwill on commodity-company balance sheets has remained. Like the mortgage crisis in 2009, the IOU’s live on while the assets used to pay them have become worthless.

If the Microsoft-LinkedIn deal closes as expected, Microsoft will borrow $25 billion to purchase a company with $4 billion in assets. Roughly $20 billion will be recorded by Microsoft as assets, but all they are is intangibles. It’s just a bunch of goodwill. And that will be done simply because of the price paid for LinkedIn—not because of it’s actual value. Like housing in 2005 and the commodity space in 2007, analysts and financial experts will justify this. They will explain away all of the goodwill created by the merger. “LinkedIn is worth it, especially to Microsoft,” they will tell us.

But resist the siren song. Acquisition premiums—goodwill—reflect confidence. And when those premiums are big and paid for with huge amounts of debt, confidence isn’t just high, but supersized. By its structure and terms, the LinkedIn deal is telling us that Wall Street confidence in the fantasy of goodwill is peaking.

Now, if everything goes as the executives and investment bankers believe—if LinkedIn’s assets someday catch up and even exceed the price Microsoft pay—none of my concerns will matter. But the deal’s downside holds real risk to Microsoft creditors and shareholders alike. No matter what happens from here on, the LinkedIn acquisition debt must be serviced.

In 2009, we learned the hard way in housing what happens when soaring asset values and soaring debt return to earth. Today commodity company leaders are learning the same painful lesson. With goodwill now soaring on corporate balance sheets, it won’t be long before at least companies like Microsoft follow the same downward trajectory.

To paraphrase Twain, history may not repeat, but it sure rhymes. 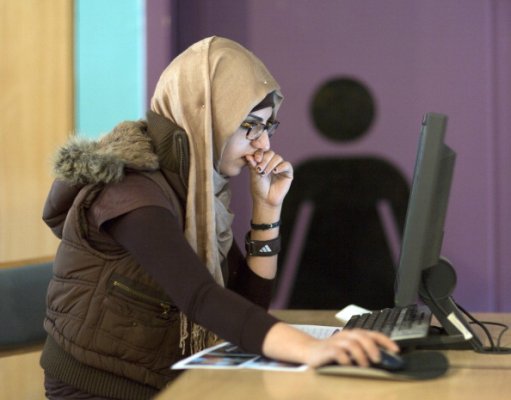 Connecting the World's Refugees to Online Education
Next Up: Editor's Pick