Namaste. Today Is the Second International Day of Yoga

Roll out your yoga mat and take a deep breath: today is the second annual International Day of Yoga. And the country where the ancient practice originated, India, is leading the celebrations.

Prime Minister Narendra Modi joined an estimated 30,000 people in the northern city of Chandigarh in a mass yoga session on Tuesday morning. Modi, who first proposed the day in his inaugural speech at United Nations General Assembly, is keen to tap into the soft-power potential of the globally popular practice’s Indian roots.

The day has not been without controversy, however, with some minorities in India arguing the government’s embrace of yoga is part of a wider effort to promote Hindu nationalism, a charge Modi denied Tuesday.

“Yoga is not about the other life. Therefore, it is not a religious practice,” Modi told his fellow yoga enthusiasts. “It is the science of this world, it is about what we will get in this life.”

Elsewhere, more than 100,000 people — apparently a new world record — took part in a yoga class in the Indian city of Faridabad led by high-profile yogi Baba Ramdev, India’s NDTV reports. Yoga sessions were also held on Indian naval vessels, and were being planned by India’s diplomatic missions all over the world.

Yoga practitioners also filled New York’s Times Square on Monday, which was the summer solstice, the longest day of the year. 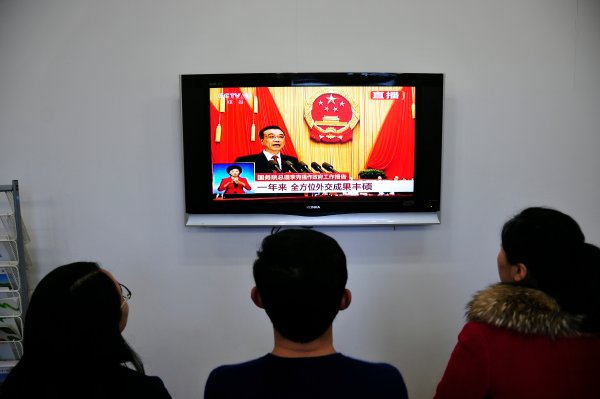