Twin toddlers have died after a drowning incident in a South Carolina pool.

The Marcengill family was attending a social event at a home in Easley on Saturday afternoon, the Independent Mail reports. A group of children went outside to play, and at some point, the 3-year-old boys somehow got into a locked pool area, possibly climbing over or under the fence. After perhaps 15 to 20 minutes underwater, their sister found them in the four-foot, above-ground pool.

They were taken to a nearby hospital where the first toddler, Caleb, was pronounced dead. His brother Ezekiel was placed on life support, but died a day later. Both deaths were ruled accidental drownings.

“You protect your kids as best as you can,” said their father, Brandon Marcengill. “They reach an age where they can run around and play. How do you defend against everything?” 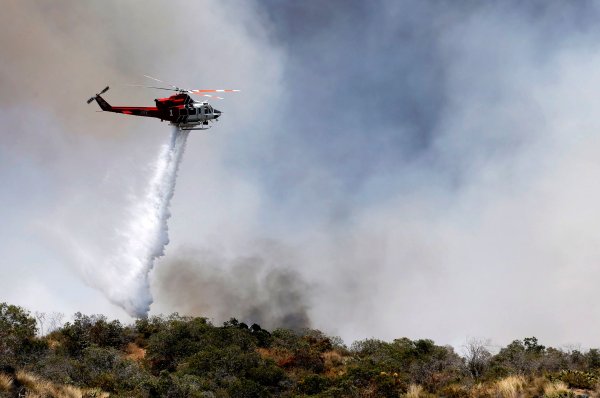 Twin Wildfires Burn Thousands of Acres in California
Next Up: Editor's Pick