6 Reasons You Should Get a 'Burner' Phone Number

Burner numbers might seem like a plot device best left to the writers on cheesy cop shows, but a fast-growing startup—aptly named Burner—is proving there are everyday use cases for a secondary set of digits that you can access through your existing phone via app. Here are six.

Online Dating: In an era when people might swipe right and swap numbers before they meet, having a secondary number can offer daters a sense of control and privacy. “We say if you give your number to someone on Tinder, they shouldn’t be able to figure out who you are,” says Burner CEO Greg Cohn. On Tuesday, the company announced a new feature for these users: a text bot that will ghost unwanted wooers through their burner line.

Craigslisting: Phone numbers, relative to the phones they’re associated with, are pretty dumb, Cohn says. “People can reach me who I don’t want to reach me. Anybody who has my number can get to me,” he says. The mobile number is one of those identifying pieces of information that is associated with us all across the web, so it’s nice to have a less personal number to post in public—so 20 strangers can text that one with their queries about your $60 used microwave.

Starting a small business: Among Burner users, Cohn says, are people who just launched food trucks or charter boats and don’t have a place to keep a landline for the business—but do want a separate number to look more professional and to know when an incoming call is for business or for pleasure.

The same logic goes for grassroots political campaigning or running your shop on Etsy or booking gigs for your fledgling band. For about $5 a month, subscribing to an app like Burner is a relatively cheap option compared to carrying around a second phone. And it comes with bells like being able to turn different ringers on or off at different times.

Compartmentalizing: More is being done via text these days. Bed, Bath and Beyond is sending you coupons via text. Airlines are sending you updates via text. And there is, of course, text spam. If you’re the kind of person who has two email addresses—one you put on any old form and one you guard more carefully—a second line accessed through an app can offer a nice partition for your life.

Getting married: Earlier this year, Burner added connections to other apps like SoundCloud, Google Sheets and Dropbox. And some of those using the latter are happy couples who give out the number on their wedding day. Guests can text photos to the burner number and they will be auto-logged into a Dropbox folder. There are several apps that bill themselves as wedding-day album collectors, but giving out a phone number rather than asking guests to download an app and set up an account is a smaller ask.

Applying for a job: Cohn says some Burner users are salespeople who, say, have a region that spans three states and want to appear like they have a local number in each area. A more universal reason someone might want a local number (without necessarily committing to one) is applying for that job in New York with a 646 or in San Francisco with a 415.

There are also illegitimate reasons someone might want to hide who they are by using a temporary, disposable phone number. Cohn says the company is “hyperaware” of the threat that criminals pose, be they harassers or more nefarious types. He won’t say if it has any particular trouble so far, but the company does not hold an Apple-esque line in protecting users’ privacy at all costs. “If law enforcement were to come after your information on our network, under a certain set of circumstances that we think are appropriate, we would comply,” he says.

And Cohn remains bullish on the legitimate users who might feel this burn. “The benefits,” he says, “hugely outweigh the few bad apples.” 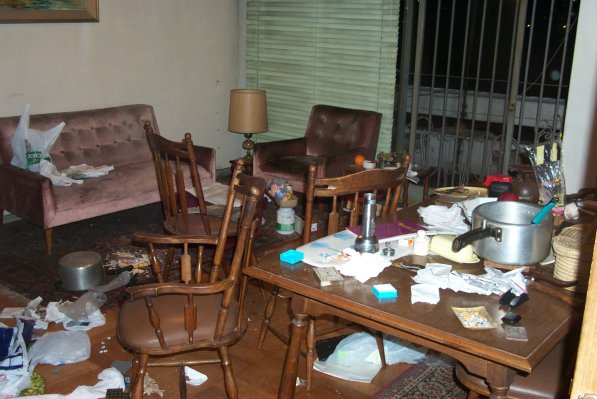 NZ's Morning-After Maids Clean Up After Wild Parties
Next Up: Editor's Pick