Watch This Woman Discard Her Traditional Clothes in Protest at ISIS

Radi Suleiman first takes of the veil that covers her face and then the scarf that covers her head and throws both away from her. “When we used to wear it with our free will, it was beautiful. When it became obligatory and enforced it became despised. I don’t want it anymore,” she says.

Suleiman, 39, lived in ISIS-controlled Raqqa in northern Syria but has since escaped to Lebanon with nine of her 11 children.

Sitting in an well-kept refugee tent in Lebanon’s Beqaa Valley, she hates ISIS. At first she thought their presence would be relatively benign, until it started imposing rules on women about their dress – demanding they cover their heads and faces in public, and then forcing women to marry foreign fighters. “This outfit is a fraud – it is a deception,” she says.

As a Muslim women she says wearing the hijab is an important part of her culture, however, when a dress code is enforced – particularly in such an oppressive way—it becomes something to “despise.”

All of the armies kill and slaughter – the Kurds, the Iraqi army, the Free Syrian Army, Assad’s Army, but ISIS is “the most evil and criminal organisation,” she says.

They put the slaughtered bodies on the bridges to display them and “bring children and make them look at them”, she recalls. These children have “evil in their hearts” because of what they’ve seen – “you can’t even trust kids anymore” – you never know who they are with and who is training them, she says.

“I have seen things you can’t imagine,” says Suleiman. “I saw how they cut the hands and legs of men before they slaughter them,” she recalls.

Now, she pays $100 a month rent for the refugee tent near Zahle. Her tidy kitchen and neat bedrooms are testament to her defiance against the fate that has befallen her and millions of other Syrians in recent years. 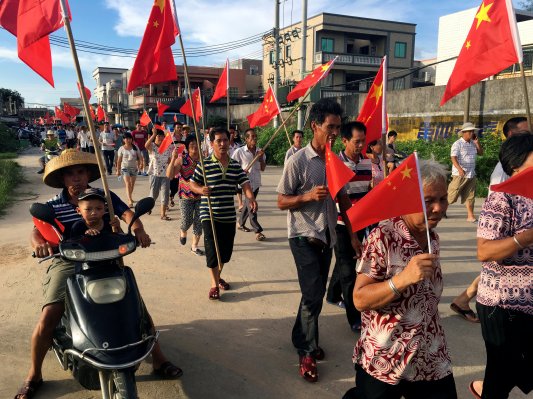