The World Is Experiencing the Worst Coral Bleaching Ever. It Won't Get Better Soon

Coral bleaching is the loss of intracellular endosymbionts (Symbiodinium, also known as zooxanthellae) through either expulsion or loss of algal pigmentation.
Danita Delimont—Getty Images/Gallo Images
By Justin Worland

Researchers from the National Oceanic and Atmospheric Administration (NOAA) reported on Monday that the mass injury of coral—known as bleaching—has now covered a larger area than any previous bleaching event. And there’s little chance the stress will end soon—the report shows a 90% chance of continued bleaching in many parts of the Pacific Ocean, as well as in areas off the coast of the U.S., thanks to high ocean temperatures that are disrupting coal ecosystems.

The ongoing bleaching event—the longest in recorded history —began in 2014 and has killed more than a third of coral in some locations. This is the “most widespread, largest bleaching event ever to occur globally,” said Mark Eakin, a NOAA coral reef scientist, at a conference on coral reefs in Hawaii.

“If you think of corals as canaries [in a coal mine], they’re chirping really loudly right now,” said Jennifer Koss, NOAA’s Coral Reef Conservation Program director, at a press conference. “The ones that are still alive, that is.”

Bleaching occurs when disruption to coral ecosystems like pollution and unusually warm water cause the symbiotic organisms that give coral their color to flee. Some coral recover from bleaching events—so called because they leave the coral reef bone white—but others die. A recent survey found that as much as 35% of coral died in some regions of the Great Barrier Reef during the current bleaching event, though NOAA researchers said Monday that it is too early for a full global assessment of how much coral has died.

Coral experts fear that continued climate change may cause more frequent and devastating bleaching events as temperatures rise in the coming years and decades. That would be devastating for marine ecosystems that directly depend on healthy coral reefs.

The El Niño climate phenomenon, characterized by unusually high ocean waters in the equatorial Pacific, exacerbated coral bleaching during this past fall, winter and spring. NOAA researchers say reefs will get little respite as La Niña takes the place of El Niño later this year. La Niña brings high ocean temperatures to the Western Pacific along with a slew of other weather impacts. 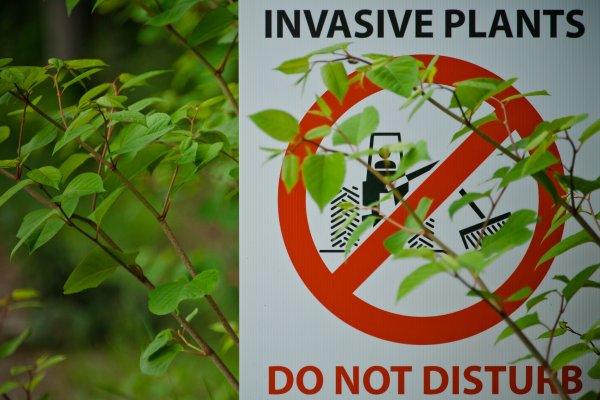 These Countries Are Most Vulnerable to Invasive Species
Next Up: Editor's Pick