Revisiting Andrea Yates 15 Years After She Drowned Her Children

It’s been 15 years since Andrea Yates drowned her five young children in the bathtub of their suburban Houston home in a quintuple murder that gripped the nation.

Yates, now 51, was convicted of capital murder for the high-profile 2001 killings of her four sons and baby daughter. She was sentenced to life in prison, but her conviction was overturned on appeal. She was found not guilty in 2006 by reason of insanity and was sent to a Texas mental hospital, where she remains today.

“I don’t think people understand how shy and reclusive and how afraid Andrea is, especially since all this publicity descended on her,” one of her lawyers, Wendell Odom, told PEOPLE in an article published on Monday. “She is truly afraid.”

Yates suffered from depression and had tried to commit suicide at least once before she systematically drowned all of her children on June 20, 2001. They ranged in age between 6 months to 7 years old.

Her attorneys said the murders were brought on by psychotic delusions, exacerbated by repeated episodes of postpartum depression, TIME previously reported in a lengthy investigation in 2002.

Her husband, Rusty Yates, at the time said the two of them had always planned on having a big family but demons took hold of his wife. “The Bible says the devil prowls around looking for someone to devour. I look at Andrea, and I think that Andrea was weak,” he had told TIME. “Think about a field of deer, and there’s one limping around, and that’s kind of the way I see it. Andrea was weak, and he attacked her.”

On the morning of the murders, after her husband left the house to go to work, Andrea Yates fed her children breakfast and drowned them one by one as their siblings ate.

Her firstborn, a 7-year-old named Noah, tried to run away when he realized he was the last to die. His mother told police how she chased him and drowned him facedown in 9 inches of cold water in the tub as his baby sister’s body floated next to him, TIME reported.

Now Andrea Yates is likely living out the rest of her life at the Kerrville State Hospital, a low-security mental health facility in Texas, according to PEOPLE.

Her defense lawyer George Parnham, and his wife Mary Parnham, in 2002 created the Yates Children Memorial Fund in her honor to help raise awareness about postpartum depression. Yates “keeps up with the activities” of the fund, the Houston Chronicle reported. “She’s very enthralled with what YCMF does,” Mary Parnham told the newspaper. “She’s thrilled to know that good things are being done for the legacy of her children, and that makes her very happy.” 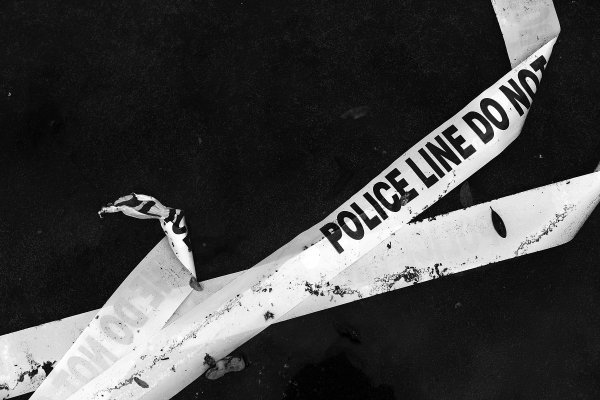 Here's the FBI's Timeline and Transcript from the Orlando Nightclub Attack
Next Up: Editor's Pick