The Supreme Court ruled Monday that if police discover an arrest warrant during an illegal traffic stop, any incriminating evidence they recover thereafter is admissible in court. But the ruling is notable for the scathing, personal dissent of Justice Sonia Sotomayor.

The case of Utah v. Strieff called into question the scope of the so-called exclusionary rule of the Fourth Amendment, which prohibits the use of evidence obtained illegally in a court case. In Strieff, an officer made an illegal stop, during which he discovered an arrest warrant for a traffic violation. When the officer — who had been monitoring a home based on an anonymous tip that there was drug activity inside — then searched Edward Strieff, he discovered drug paraphernalia on him, according to a SCOTUSblog summary of the case. Strieff argued that the search was illegal and therefore the drug-related evidence was inadmissible, invoking the exclusionary rule. The state said that because a warrant was discovered during the stop, the exclusionary rule does not apply.

In a 5-3 decision, the Supreme Court, too, said the arrest warrant discovered after the stop legitimized it. The officer’s purpose, the court said, “was not to conduct a suspicion-less fishing expedition but was to gather information about activity inside a house whose occupants were legitimately suspected of dealing drugs.” The court also said they do not believe this decision will lead to “dragnet” searches. “Strieff argues that, because of the prevalence of outstanding arrest warrants in many jurisdictions, police will engage in dragnet searches if the exclusionary rule is not applied. We think that this outcome is unlikely. Such wanton conduct would expose police to civil liability,” the five justices wrote.

“It is tempting in a case like this, where illegal conduct by an officer uncovers illegal conduct by a civilian, to forgive the officer. After all, his instincts, although unconstitutional, were correct,” Sotomayor writes. “But a basic principle lies at the heart of the Fourth Amendment: Two wrongs don’t make a right.”

Sotomayor’s harshest rebuke came in the final section of her dissent, which none of the other justices joined and which she said she was “writing only for myself, and drawing on my professional experiences.” In it, she targeted in stark language the majority’s insistence that officers will not be able to wantonly stop people and justify their random searches with outstanding warrants as a result of the decision.
“Outstanding warrants are surprisingly common. When a person with a traffic ticket misses a fine payment or court appearance, a court will issue a warrant. When a person on probation drinks alcohol or breaks curfew, a court will issue a warrant,” she writes. “The Department of Justice recently reported that in the town of Ferguson, Missouri, with a population of 21,000, 16,000 people had outstanding warrants against them.”

Justice Department investigations, she said, have shown “how these astounding numbers of war­rants can be used by police to stop people without cause,” citing reviews of the New Orleans and St. Louis. Sotomayor goes into the gritty details of what could happen to a person during a stop — from intense and intimate pat-downs to delousing showers and swabs at police stations. And though the defendant in the case of Strieff was white, Sotomayor notes the disproportionate number of police stops involving people of color. She also cites seminal works on systemic racism by W. E. B. Du Bois, James Baldwin and Coates. 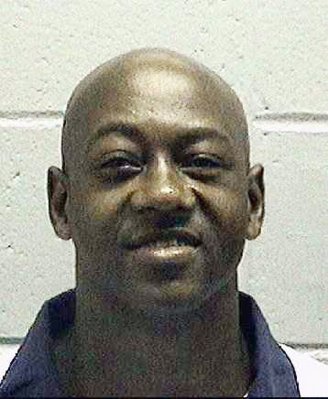 Second Chance on Death Row
Next Up: Editor's Pick