Arguing his policies would make the U.S. economy “isolated and diminished,” Moody’s Analytics released a report Monday that projects trouble if Donald Trump is elected.

In its first of two reports about how the presumptive presidential nominees will affect the American economy, economists with Moody’s Analytics said Trump’s “lack of specificity” makes evaluation of his policies difficult. But they said Trump would be a net negative for America: incomes will not rise, the U.S. will enter a recession and unemployment will increase.

Moody’s Analytics argues that Trump’s plan to cut taxes is not paid for and his goal of deporting 11.3 million undocumented immigrants and tightening trade with other countries will hurt American businesses.

“Under the scenario in which all his stated policies become law … the economy suffers a lengthy recession and is smaller at the end of his four-year term than when he took office,” the report states.

This is not the first report critical of Trump. The Economist Intelligence Unit, a business-advice arm of The Economist Magazine, ranked a Trump win above Greece exiting the European Union or terrorism in terms of global financial risk.

Credit and financial prediction agencies have long advised banks and other financial firms on how politics will affect economics.

In 2011, Standard & Poor’s downgraded the U.S. credit rating due to “political brinkmanship” in Washington during the debt ceiling crisis. The Obama Administration vehemently disagreed with S&P’s downgrade, which Moody’s and Fitch, the other top rating agencies, did not follow, but Republican critics of the President made hay out of the downgrade.

Correction: The original version of this story incorrectly identified the company which wrote the report. It is Moody’s Analytics. 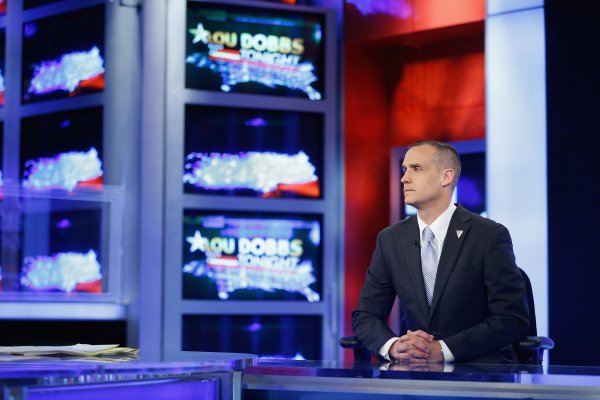