Jane Goodall on Sunday publicly shared her first extensive thoughts on the shooting death of Harambe the gorilla, saying the Cincinnati Zoo had no choice but to kill the massive animal to save a child’s life.

Goodall, one of the world’s foremost experts on primates, issued a lengthy explanation through the Jane Goodall Institute, finally addressing several “complex questions” she received after last month’s tragedy sparked national outrage. Harambe, a 17-year-old western lowland gorilla, was shot dead after officials said he dragged around a 3-year-old boy who fell into its enclosure.

“It was awful for the child, the parents, Harambe, the zoo, the keepers and the public. But when people come into contact with wild animals, life and death decisions sometimes have to be made,” Goodall said, adding that a tranquilizer dart would take too long to take effect.

The scientist and animal rights activist had earlier written an email to the zoo’s director, Thane Maynard, saying she thought Harambe may have been protecting the boy and “putting an arm” around him. Goodall, in the correspondence the Institute published on its website, also extended her sympathies to Maynard at the time.

Goodall on Sunday released a joint question-and-answer formatted response with Azzedine Downes, president and CEO of the International Fund for Animal Welfare. It was delayed because “Harambe himself deserved time for grieving, reflection and careful reasoning,” they said. 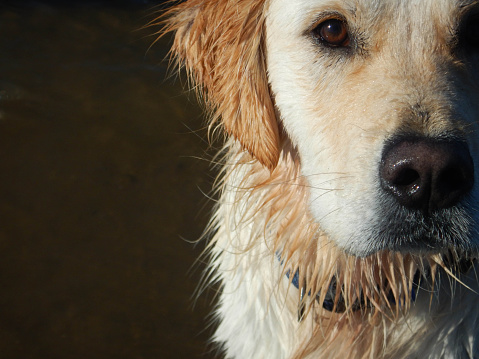 This Dog Is So Not Impressed By A Pool Party
Next Up: Editor's Pick