NRA Slaps Down Donald Trump Over Arming People in Bars

Officials from the National Rifle Association said Sunday arming people in bars and people who drink alcohol is not a good idea. The statements came after Republican presidential candidate and likely nominee Donald Trump suggested that had some of the 49 club-goers at Pulse nightclub been arms their tragic deaths could have been prevented.

In an interview on ABC‘s This Week, the executive director of the NRA’s lobbying arm Chris Cox said that though he believes more people with guns is a good thing, having guns where people drink “defies common sense.”

“What Donald Trump has said is what the American people know as common sense: If somebody had been there to stop this faster, fewer people would have died,” Cox said. When pressed about arming club-goers Cox clarified.

“No one thinks that people should go into a nightclub drinking and carrying firearms,” he said. “That defies common sense. It also defies the law.”

The Orlando nightclub tragedy, which left 49 dead and 53 wounded, has reignited the debate over gun control in America. Last week, Sen. Chris Murphy staged a 15 hour filibuster in order to push his colleagues into voting on measures that would restrict who could purchase a firearm. The Senate is expected to vote on the measure this week.

In an interview on CBS, Wayne LaPierre, the CEO of the NRA, said people need to have a “security plan” to arm themselves, but agreed that having guns where people are consuming alcohol is not a good idea.

“I don’t think you should have firearms where people are drinking,”LaPierre said. He later clarified on Twitter that carrying in restaurants that serve alcohol should be permitted, but said “if you’re going to carry, don’t drink.”

“Everybody, every American starts to have — needs to start having a security plan. We need to be able to protect ourselves, because they’re coming. And they’re going for vulnerable spots, and this country needs to realize it,” LaPierre said on Face the Nation. 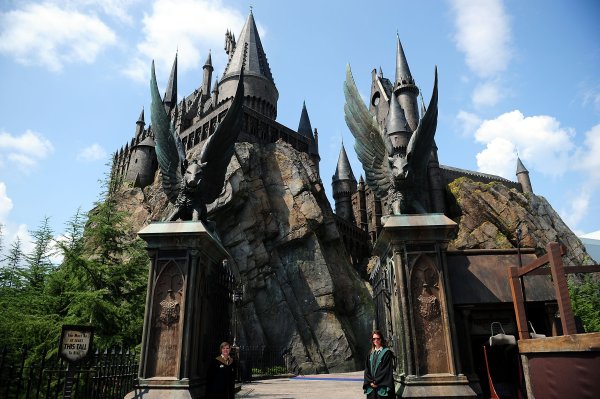 Wizarding World of Harry Potter Pays Tribute to Employee
Next Up: Editor's Pick