Omar Mateen Bought $9,000 Worth of Jewelry Before Orlando Shooting

The Orlando nightclub shooter had reportedly bought nearly $9,000 worth of jewelry days before he carried out the worst mass shooting in modern U.S. history.

Omar Mateen made the expensive purchases at a Kay Jewelers in Jensen Beach, Florida on June 6, according to ABC News, which did not cite a source. Six days later, he gunned down 49 people and injured 53 others inside the Pulse nightclub in Orlando, authorities said.

Signet, which owns Kay Jewelers, said in a statement to TIME that it was “working closely with the authorities” but did not confirm Mateen’s purchase.

“Signet was shocked and deeply saddened by the violent acts against the LGBT community. We join all Americans in mourning and are working closely with the authorities. We will do everything possible to support them,” said David Bouffard, Signet’s vice president of corporate affairs.

The FBI on Monday was set to release a partial printed transcript of the conversations Mateen had with police negotiators inside the nightclub. 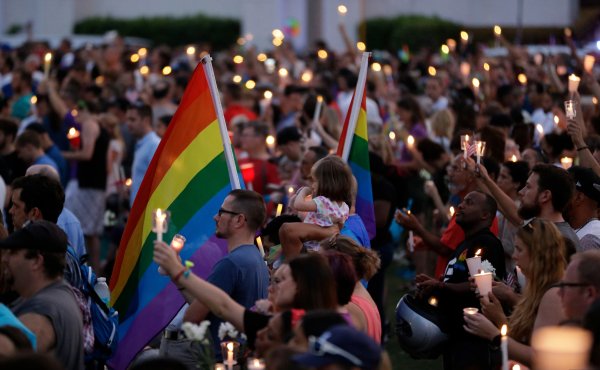 Tens of Thousands Attend Vigil for Orlando Victims
Next Up: Editor's Pick