On Sunday, Last Week Tonight turned its attention to the United Kingdom, a place that native son John Oliver describes as “the birthplace of the Beatles, yet very much the world’s Ringo.”

This week, the U.K. will decide whether or not to leave the European Union, by voting in a so-called “in/out referendum,” which Oliver notes is coincidentally what most English people call sex. A British exit from Europe, or “Brexit,” — a phrase that Oliver believes conjures up images of a granola bar bought at the airport — would have a huge impact on Britain, Oliver says.

According to Oliver, the U.K. has always had an arms-length relationship with the E.U., they never switched over to the Euro, and as shown in the clip, has frequently shown outright hostility towards its E.U. neighbors. Oliver suggests everyone try viewing the E.U. as akin to Gerard Depardieu: “It’s an unwieldy European body that is a source of great bewilderment.”

While the E.U. is a cumbersome entity, Oliver suggests that leaving it could be very destabilizing and cause negative effects on the U.K.’s economy. Regardless, Brexit does have many supporters, including Boris Johnson — the former London mayor who Oliver describes as “a man with the look and economic insight of Bam Bam of The Flintstones.”

Oliver contends it’s perfectly understandable to be annoyed at Europe, but leaving the E.U. is a terrible idea. Instead, he suggests staying to “reap all the benefits while still being a total d**k about everything, which is the British way.”

To help make his point, Oliver came up with a new British entry for the European Union’s theme song. 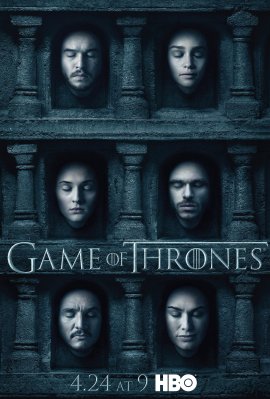 Twitter Is Delighted With That Death on GoT
Next Up: Editor's Pick