Last month, a young Venezuelan immigrant named Simon Adrian Carrillo Fernandez fulfilled a longtime dream and bought a house in Florida with his partner, Oscar Aracena-Montero. A proud member of the LGBT community, Simon had embraced his adopted homeland so much that according to family members he no longer felt comfortable visiting the country of his birth, where same-sex marriage is illegal.

Like so many before him, Simon was making a better life for himself in a land defined by diversity, openness and opportunity for all. But last week, both he and his partner were murdered by a terrorist who despised those values.

In the wake of the massacre at Pulse Nightclub, thousands of Americans from all political, ethnic and religious backgrounds have gathered in communities across the country to honor the victims of this attack, express their solidarity with the LGBT community, and reaffirm their commitment to the principles upon which our country was built.

These displays of remembrance and unity embody the best of America—and they stand in marked contrast to the dangerous and divisive rhetoric of Donald Trump.

Trump has responded to the tragedy in Orlando by spewing hatred, promoting outlandish conspiracy theories, and engaging in political attacks. But his overriding focus has been to blame refugees and immigrants for what happened.

Ironically, the people he is holding responsible share more in common with the victims of this attack than with the perpetrator, who was born in the United States. This does not matter to Trump. His entire campaign has been based on the notion that our country is headed for catastrophe simply because foreigners fleeing terrorism would like to live in a free and secure country such as ours.

This offends me deeply because 70 years ago, I was one of those foreigners. My family had been forced to leave the land of my birth, Czechoslovakia, after it was taken over by communists. The United States beckoned to us as a land of opportunity, and we never stopped being grateful for the chance we had to build a new life in freedom. We prospered, we gave back, and I cherished the opportunity to serve the country that had adopted me as its own.

‪June 20, marks World Refugee Day—a day which reminds us that my story is not unique. It has parallels in the lives of millions of Americans who came before me and millions who have come since, including many of the Orlando victims. And in our time, it is also echoed in the stories of millions of people who have fled the destruction wrought by ISIS and Syria’s brutal dictator, Bashar Al-Assad.

These refugees are men, women and children, Muslims and Christians, gay and straight. They share our opposition to terrorism and the ISIS caliphate, and could be our best allies in the fight against extremism. Turning refugees into our enemies would be entirely self-defeating, but that is true of most of Trump’s ideas.

The fact is that he has no answers for the complicated challenge of homegrown, ISIS-inspired terrorism. His idea to build a wall on the southern border will do nothing to prevent young people from watching jihadist videos on the Internet. Closing our borders to foreign Muslims will not stop American-born U.S. citizens such as the shooters in San Bernardino and Orlando from carrying out mass murder with easily accessible weapons of war. And declaring war on something called radical Islam will not compel ISIS to replace its black flag with a white one.

To that end, we cannot make progress in the fight against terrorism unless we are true to our values. We must do more to address the suffering of millions of people in the Middle East whose lives have been torn apart by war. That means putting more pressure on ISIS but also on Bashar Al-Assad, whose regime is responsible for much of the killing. It also means ensuring that humanitarian assistance reaches the besieged and displaced. And it means accepting more properly vetted Syrian and Iraqi refugees into our land.

This is a moment for America to send a strong message to the world, and that is why today I am joining a host of Republican and Democratic national security officials in releasing a Statement of Principles on America’s Commitment to Refugees.

In the wake of Orlando, the statement calls upon us not to fall victim to some people’s worst instincts but to instead embody our best. We will remain a generous nation, and not become a fearful one. We will be an open society, not a walled-off one. We will welcome, and will not exclude, Muslims as equal stakeholders in the American dream.

Simon Carillo Fernandez and the 48 other victims in Orlando exemplified the kind of country we are and must continue to be. To honor them, and to defeat the forces that took their lives, we cannot forget that they are what makes America great—now and always. 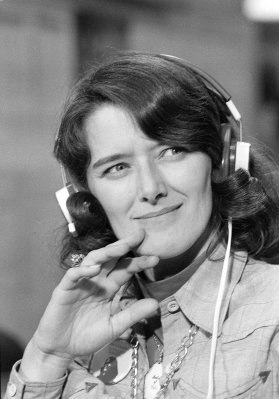 Pat Schroeder: 'The Way Trump Has Treated Women Is Just Off the Charts'
Next Up: Editor's Pick