Donald Trump on Sunday said the U.S. will have to consider the use of racial profiling in the wake of the Orlando nightclub massacre, defending the practice as “not the worst thing to do.”

The presumptive Republican presidential nominee, who last week renewed his call for a temporary ban on Muslims entering the country in the days following the worst mass shooting in U.S. history, said America should look “seriously” at racial profiling.

“I think profiling is something that we’re going to have to start thinking about as a country,” Trump said in a telephone interview with CBS’ Face the Nation. “You look at Israel and you look at others, they do it and they do it successfully. And I hate the concept of profiling, but we have to start using common sense and we have to use our heads.”

“Other countries do it, and it’s not the worst thing to do,” he added.

The real estate mogul also said he’s in talks with the National Rifle Association about possibly banning people on the no-fly list from purchasing guns. “We understand there are problems with that because some people are on the terror watch list that shouldn’t be on,” Trump said. “So I’m working with the NRA, we’re discussing it and again the NRA has the best interests of our country, it just has the absolute best interests of our country.” 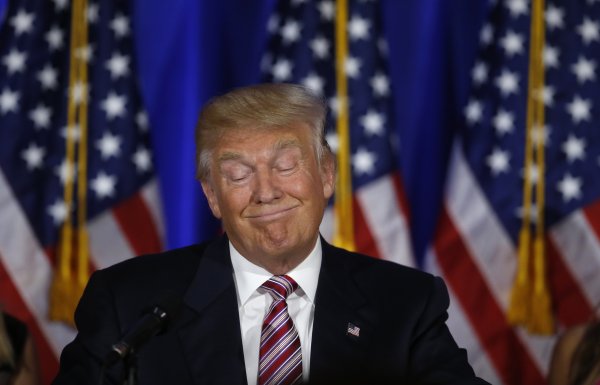 Donald Trump Says His Campaign Hasn't Really Started Yet
Next Up: Editor's Pick