Why We Need to Talk About Sickle Cell Disease

I am sitting in a hospital waiting room when a young man walks in and sits beside me. His simple “bonjour” makes me raise my eyes to him. One look tells me he is also a sickle cell patient. I don’t know the hows and whys. All I know is, for some reason, I can easily make out a sickle cell warrior.

I was diagnosed with sickle cell disease (SCD) when I was just 2 years old. At that young age, my persistent cries and yellow eyes—jaundice, as it’s called—alerted my parents to the fact that something was wrong. Since my diagnosis, my life has been a never-ending marathon of hospital visits. Painkillers have been my most loyal companions, since they help ease the persistent and unbearable aches around my joints.

Sickle cell disease (SCD) is one of the major genetic diseases affecting people worldwide. It is frequent in African, African-American, Caribbean, Middle Eastern, and Asian communities. In my country of Cameroon, the exact number of people born and living with SCD is unclear. Statistics show an estimated 2% or more people have the condition. Because of the lack of adequate care, many children born with sickle cell disease die before the age of 5.

Somewhere along the lines, I developed coping mechanisms that allow me to find joy in living as a warrior. This joy comes from helping others who also suffer.

That day in the hospital, my intuition was confirmed: A few minutes after I met the man in the waiting room, a nurse called me into a room to comfort him. My frequent trips to this particular hospital have made me a ‘celebrity patient,’ and at that moment, they needed someone to motivate the young man who I learned also struggles with SCD.

As I began to share comforting words, I noticed a few things that disturbed me. This man was alone and almost penniless; I was told he had a serious health issue that was only aggravated by sickle cell.

That day, I had entered the hospital with complications from my own diagnosis, but my issues were nothing compared to his. Learning of his struggles reminded me of the phrase, “I cried because I had no shoes, until I saw a person without legs.” Sickle cell is painful and financially draining for anyone, but this man’s story particularly moved me.

I learned that his father abandoned him following the death of his mum. When I met this man, he was living with his aunt who is a simple trader: ‘buyam-sellam’, as we call them—people whose income is well below one dollar a day.

The case of the struggling caregiver is typical in Cameroon. For a caretaker of a sickle cell patient with no medical insurance or support from the state, the permanent grip of poverty is telling. Because of this, many sick children of poor mothers or poor female caretakers are always sick, lack adequate medicines and care, and often die young.

I am one of the luckier ones: I am fortunate to have a supportive family. I had access to a lot of opportunities despite my health, including education and a job.

This is not the case for everyone, so I decided to help this man from my own meager pocket. I did this for close to four months until he moved to another hospital under the benevolent care of a richer relation

I wondered how things would be if this young man had been a young girl. Her situation would have been totally different. In Cameroon, being born a woman is bad enough without the added complications of being born with a condition as serious as sickle cell. Women with SCD miss out on a lot of opportunities that would improve their lives, such as education and jobs.

I began thinking of possible ways to help people, especially women, suffering from SCD. I thought about the need to create awareness through writing and advocacy. As warriors, we need to push for the right to healthcare because we are always worried about a lack of proper drugs and a lack of understanding doctors. As one fellow patient put it, though, “an advocacy group won’t solve everything. There is a need for education for parents and sufferers.”

I have a deep desire to talk more about this disease, to demystify it. To achieve this, I need to not only advocate but also do all I can to educate patients, parents, and the community at large.

Whenever my health permits, I make it known that I am available to speak and motivate others. Despite the strides made in research, many continue to suffer in silence because of the taboo surrounding SCD and the government’s reluctance to make it a public health concern. There is an urgent need to help people understand that sickle cell is neither witchcraft nor a death sentence.

Along the way, I lost touch with the young man I met in the hospital waiting room. Every day, I wonder if he’s doing ok. And every day, I think of new ways I can help others who have limited access to the health care and medications that have been so integral for me. I am determined to do all I can to reach out and help other young warriors so that they may have the best possible chance at a healthy and fulfilling life.

Arrey Echi is a contributor from Cameroon. This piece was originally published on World Pulse. Sign up to get international stories of women leading social change delivered to your inbox every month here. 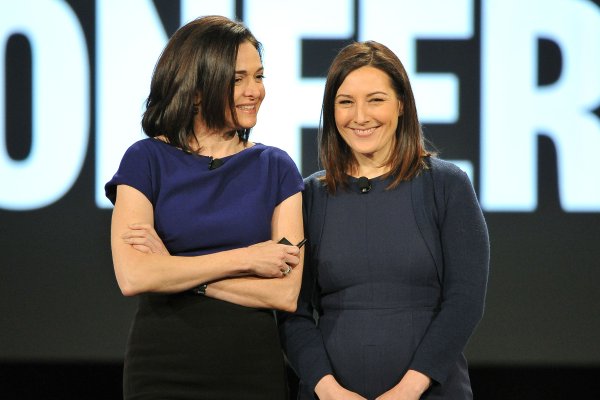 Sheryl Sandberg Explains Why Young Women Should Mentor Each Other
Next Up: Editor's Pick