By Rebecca Ford / The Hollywood Reporter

Pixar and Disney’s animated sequel Finding Dory swam to a huge $9.2 million in Thursday previews as the film about the lovable, forgetful fish heads to a strong domestic debut north of $100 million. This weekend’s other new offering, comedy Central Intelligence, kicked things off with $1.8 million in previews.

It’s a new record for an animated film opening night, putting Dory ahead of the previous biggest animated starts from Minions ($6.2 million), Despicable Me 2 ($4 million), Toy Story 3 ($4.0 million) and Inside Out ($3.7 million).

Landing in theaters more than a decade after after Finding Nemo, Finding Dory could hit as high as $120 million in North America, marking an all-time best for Pixar in topping the $110.3 million debut of Toy Story 3 in summer 2010, not accounting for inflation. (Toy Story 3 earned $4.1 million in Thursday night previews six years ago).

The story centers on Dory this time around, and her attempts to reunite with her family even as she battles an endless cycle of amnesia. Accompanied by Nemo and Marlin, Dory arrives at the Monterey Marine Life Institute, where she engages with new friends, including a white beluga whale named Destiny (Ty Burrell), a white shark (Kaitlin Olson) and a cranky octopus (Ed O’Neill).

Central Intelligence, which stars Dwayne Johnson and Kevin Hart, is tracking to earn in the $30 million range. The film, directed by Rawson Marshall Thurber, follows a CIA agent (Johnson), a one-time teenage geek returning home for his high-school reunion, who enlists his former classmate (Hart) to help him complete a mission. Amy Ryan and Aaron Paul co-star. 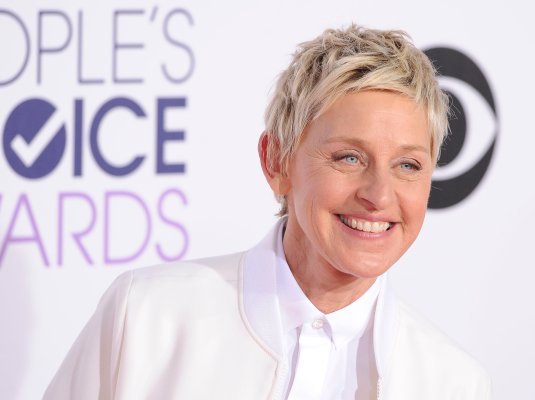 Ellen DeGeneres on Lesbian Fish and Why It Was Finally Time for Finding Dory
Next Up: Editor's Pick