The summer solstice is June 20, the longest day of the year in the Northern Hemisphere. But do the extra hours of sunshine make you happier?

In general, people are more cheerful in the summertime, according to Philip Gehrman, associate director of the Behavioral Sleep Medicine Program at the University of Pennsylvania. Light serves as the strongest cue to regulate circadian rhythms, which include the sleep cycle, hormonal fluctuations and body temperature and follow a roughly 24-hour pattern.

But the effect isn’t uniform—circadian rhythms vary from person to person, so the amount and timing of sunlight means different things to different people, said Dr. Irina V. Zhdanova, a neuroscience professor at Boston University. For example, morning sunlight can irritate people who wake up late. On the other hand, for people who rise early, morning sunlight can have a positive effect, but sunlight may irritate them in the evening.

“Some like three meals a day, others like 10 small meals a day,” Zhdanova said. “Sometimes sunlight is good and uplifting during a certain time of the day, while for others, it’s neither uplifting or positive and can induce mild irritation.”

However, Gehrman said, it is unclear whether elevated moods come from more entrained circadian rhythms and better sleep, or if the happiness boost is directly attributable to the sunlight.

On the flip side, experiencing less sunlight in the winter can pose a challenge, said Frank Scheer, director of the Medical Chronobiology Program at Brigham and Women’s Hospital.

“The lengthening or shortening of the light period during the day does have a clear effect,” Scheer said. “In wintertime, when the days are shorter, we are more likely to wake up when it’s still dark outside and before the circadian system stimulates wakefulness and improved mood.”

So, enjoy the longest day of the year while it lasts—the days will start getting shorter again from here. 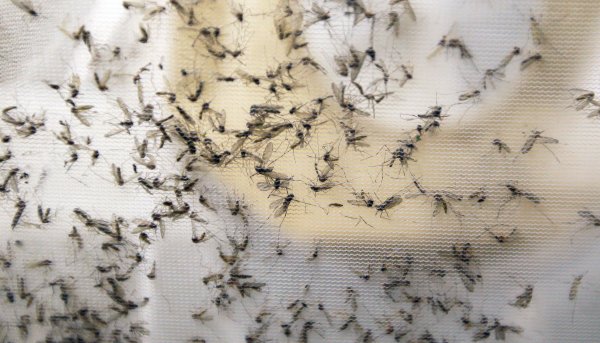 Officials: Zika Is Spreading Rapidly in Puerto Rico
Next Up: Editor's Pick