This New Text Bot Will Do Your Ghosting for You

If you are a member of the dating public, you have likely ended your romance with someone—or been slowly snubbed—by a drawn-out, awkward string of text messages and silence. For the uninitiated, this practice of smothering a personal relationship to death by withdrawing from communication is known as ghosting, and there’s now a pretty mean chatbot who will do this for you.

Users can access the bot through Burner, an app that specializes in providing people with temporary or secondary phone numbers that are used by consumers ranging from online daters who want privacy to charter boat captains who want to separate their personal and business lives on their cell. The company collaborated with screenwriter Peter Miriani and bot-makers Voxable to launch the feature.

Though the bot will usually wait anywhere from several minutes to several hours before responding with a ghosting text, for testing purposes the bot was set to go back-and-forth in real time. Here, you can read the exchange I had with the bot, which was effective in making me go away and somehow capable of hurting my feelings despite the fact that this was an imaginary person ending an imaginary relationship. And that may mean it’s good writing or a little too harsh, depending on your ghosting style. Some ghost messages are gentler than others.

Burner CEO Greg Cohn explains that the responses are all scripted, but the bot is set to pick one that takes into account what you’ve said, based on the perceived intent. So if the person asks you out for drinks, the bot might reply with something indicating you’re busy rather than telling them to go jump in a deep and polluted lake. If someone sends you an ambiguous text or one filled with typos, the bot might respond “not sure what you mean.”

This kind of auto-parsing is likely what prompted my exchange about science that was so bizarre yet contextual that my real-life texting probably would have ended right there. I mean, I get the message, Ghostbot. You don’t have to be quite so cavalier about it.

The person might realize it’s not you. The parsing isn’t perfect. The all-lowercase, sparsely-punctuated writing style might not jibe with yours (realistic though it is). A message filled with wonder about scientific advancements might also strike someone as so weird that they wonder if they are texting with the person they’re intending to. And the messages can repeat if the suitor simply won’t give up.

But Cohn argues that if the person realizes they’re chatting to a bot or thinks you’ve given your phone to a mean high school girl to handle the inflow, the end goal of making them not text you anymore will probably still be achieved—even if the flavor is a little different.

“The point of Ghostbot isn’t to pass the Turing test or be a singularity-level A.I.,” he says. “It’s to execute a slow fade-out to a situation, so the user doesn’t have to be overly confrontational.” The bot, he adds, will be trained to get better with parsing intent and picking the best response over time.

Though Burner’s mandate has expanded since it first launched in 2012, one of the first use cases the founders came up with was protecting women’s privacy online by giving them “burner” numbers to use on apps like Tinder. And Cohn says the bot is meant to empower women (or anyone else fielding unwanted advances) too, if only by protecting them from the unpleasantness of ignoring someone or saying things bolder than they might on their own. There is the risk of the bot saying or doing something you end up regretting when you outsource this kind of thing, but that is doubtless a risk some daters are ready to take.

Here’s the nitty gritty. A Burner number will run you $4.99 per month for unlimited use, after a seven-day trial. (Users can also keep a number alive by continually buying credits that give them a certain amount of messages and minutes.) To ghost someone through the app, users navigate to a page on the web where they can authorize the bot to access their account. Within the app, they can designate certain people as “ghosted,” and the bot will activate, parsing their incoming texts and spewing out lexical wet blankets.

So, as Ghostbot might say, “I think we’re done here.” 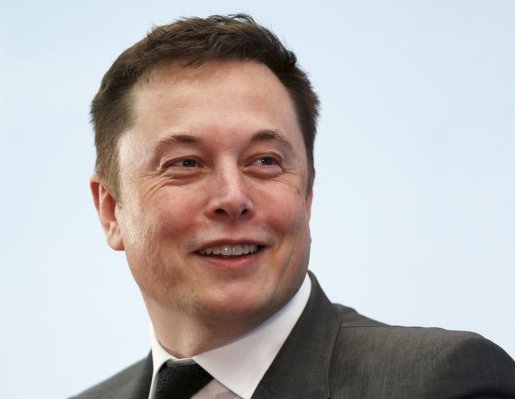 Elon Musk May Have a Robot Up His Sleeve
Next Up: Editor's Pick