A 94-year-old former Nazi SS guard was convicted on Friday of 170,000 counts of accessory to murder, but Auschwitz survivor Irene Weiss said she is still plagued by the many questions left unanswered in the long-awaited trial.

Weiss, who now lives in Virginia, was one of several survivors who journeyed to the small city of Detmold, Germany this year to testify as a witness in the case against Reinhold Hanning, who the Associated Press reports was sentenced on Friday to five years in prison for serving as an Auschwitz guard from January 1942 to June 1944. Weiss, who is Jewish, was 13 when she entered the concentration camp with her family during Hanning’s tenure.

“It really seemed like he talked about his experience there as an observer,” Weiss, 85, said in an interview with TIME on Friday.“We heard about it. We—who came in there totally not knowing what awaited us—we heard about it. He didn’t hear about it. He was a part of it.”

Weiss was driving in her car when she heard news of the conviction announced on the radio. She said she’s glad the court “did the right thing” in reaching its verdict, but she was disappointed by the lack of information Hanning shared during the trial.

“I would like to know more about his emotional state. How does one suppress that? I don’t suppose it’s comparable to survivors’ experience because we cannot suppress it. We can never ever suppress it,” she said. “If he were open to such questions, or if he offered some of these things, it would be so helpful to all of us to understand how a person can be convinced to do such a job day after day.”

Hanning spoke briefly toward the end of his trial, offering an apology.

“I want to say that it disturbs me deeply that I was part of such a criminal organization,” he told the court, according to the AP. “I am ashamed that I saw injustice and never did anything about it, and I apologize for my actions. I am very, very sorry.”

She said his answers could have comforted survivors and added to society’s understanding of human nature.

“These things can happen again. We know that,” Weiss said. “It’s on the edge of possibilities in every country, and we see that a lot of hate has emerged in many European countries and elsewhere, so this lesson of history has to be learned.”

She said it’s important to talk about the Holocaust in order to educate younger generations, who will soon learn about it from history books without the benefit of living witnesses.

“As far as closure for me, the pain never goes away. In fact, it has become a part of me. This is who I am, the person whose family was torn apart,” Weiss said. “How does one close that chapter? To the day I die, that goes with me.” 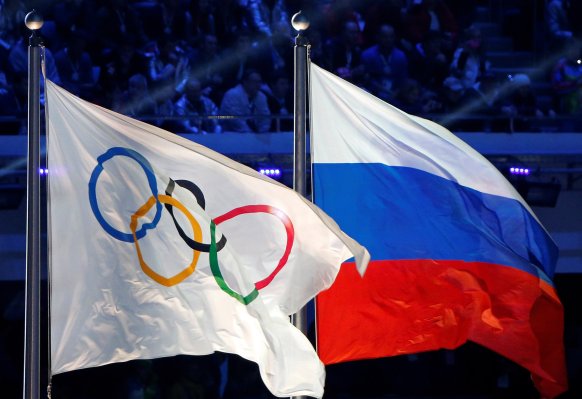 Russia's Track and Field Team Banned From Rio Olympics
Next Up: Editor's Pick