What Anxiety Over Brexit Tells Us About the Markets

Populism is a difficult thing to track. It’s emotional and nebulous, a free floating anxiety that rises and falls with public mood. That may be why markets have been so unsure about what to make of Brexit, the possibility that the U.K. will, on June 23rd, vote to leave the E.U. The political implications alone are huge—the European Union, created after World War II, has been the most benevolent experiment in globalization ever conducted in history. Brexit would mark a huge change in that project, and while it might not lead to some kind domino effect in Europe, creating a new Westphalia—a return to sovereign nations checking and balancing each other—it would certainly represent a huge new divide, not only in Europe but in transatlantic relations. It would have major geopolitical impacts for the entire world—think shifts in NATO, trade, immigration, capital flows and more.

Read More: Why Jo Cox’s Shooting Is So Shocking for Britain

Markets have been skittish as they try to anticipate popular sentiment. On Thursday they were down not only on disappointing U.S. economic data, but on poll numbers indicating that a slim majority of Britons now favor leaving. But today, after the awful murder of a pro-unity British parliamentarian, markets are up, though bond yields remain low, showing investors are not only hedging their bets but remain worried about longer term global growth.

My sense is that markets now believe that the political situation in the U.K. has become so extreme that the British public may be jolted into a more economically realistic, pro-unity stance. After all, in the U.S., Donald Trump’s tone deaf, self promoting comments after the Orlando shootings have hurt him in the polls. The same scenario may now play out in the U.K. That would be a good thing for Britain and the global economy, since there’s little doubt that leaving the E.U. would be a net economic loss for the U.K. Even the cautious IMF has predicted Brexit would result in “a negative and substantial hit” for the U.K. economy and “permanently lower incomes,” as well as depressed growth for many years.

Prediction markets these days put the chances of major populist political upheavals—Brexit, a Trump victory, a far-right win in Germany that destabilizes Chancellor Angela Merkel—as low, around 25% each. But that implies a 58% chance that at least one of those events could happen. What’s more, as a recent Gavekal Research note put it, “this assumes the events are not connected.” Economic conditions in Britain, the U.S. and Germany are similar. All are more or less back to full employment, but wages and income inequality remain a problem. House prices and household finances are above pre-crisis levels, yet economic anxiety is widespread. In this environment, immigrants have become scapegoats.

Read More: The Murder of a Pro-E.U. MP Is One More Sign of a Darkening Europe

Given all this, the June 23 Brexit vote could be a canary in the coal mine for the global economy and global politics. If the Brexit camp loses, the relatively sanguine take of the markets today may be proven correct. If the U.K. pulls out of Europe, it could indicate that economic and political populism runs much deeper than the experts so far have thought—which wouldn’t be surprising given that studies show there has never been a bigger trust divide between economic elites and the mass population of most countries. There will be ripple effects. I’ll be looking more deeply at what those could be in next week’s posts. 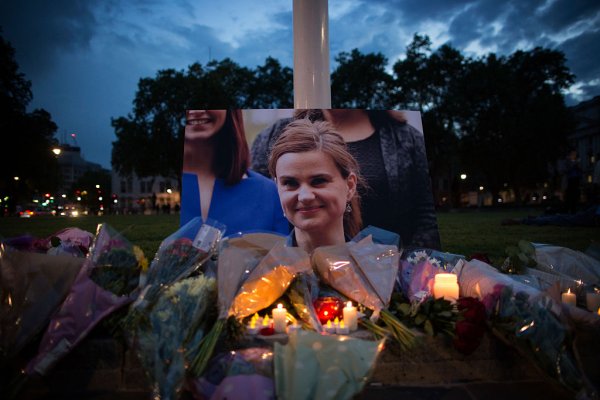 The Murder of a Pro-E.U. MP Is One More Sign of a Darkening Europe
Next Up: Editor's Pick