If you only read one thing: Just say the words. Bernie Sanders delivered his long-overdue concession speech late Thursday but couldn’t bring himself to acknowledge he’d been defeated by Hillary Clinton. Sanders said he’d work with her to try to defeat Trump, but didn’t officially declare the end of his campaign. But the delay won’t matter much—he’s already lost much of his influence at the Democratic convention, following Clinton’s strong finish in the primaries and the defection of some of his top supporters to the presumptive Democratic nominee.

John McCain proclaimed Thursday that President Obama was “directly responsible” for the Orlando attack because of the failure to anticipate the rise of ISIS in Iraq. The stunning statement comes days after Trump seemed to insinuate the same about Obama, and reflects a coarsening of the nation’s political discourse in this campaign season. McCain, a noted defense hawk, is facing the toughest re-election fight of his career—and his 2010 fight had already shifted him rhetorically rightward. Notably, McCain was given an award for civility in public life just last week.

The GOP struggle over how to deal with Donald Trump as their standard bearer is nowhere near resolved, with more lawmakers saying they won’t or can’t back him—and some rescinding prior endorsements. There is almost nothing they can do to block Trump at this point, but as the party begins to contemplate its post-Trump future at the GOP convention, the notion that the establishment abandoned the nominee who won a plurality of the primary vote may only exacerbate the underlying roots of Trump’s rise.

Trump, Clinton Money Awash in Conflicts of Interest
U.S. ethics laws weren’t written to account for a commander in chief with such far-reaching interests. [Politico]

“You can’t make this up sometimes.” — Speaker Paul Ryan responding to Donald Trump’s call for top GOP leaders to ‘be quiet’

Paul Ryan on Donald Trump: ‘You Can’t Make This Up Sometimes’ [TIME]

Armitage to back Clinton over Trump [Politico] 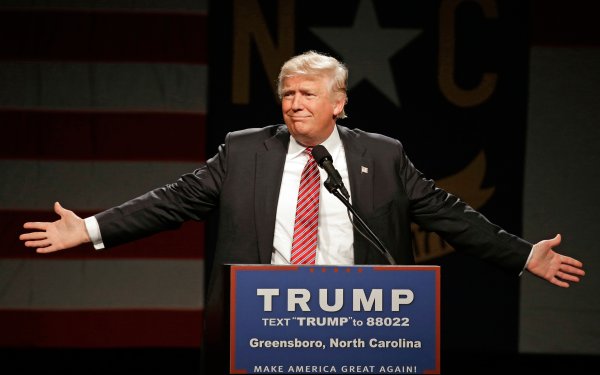 Corporate Sponsors Opt Out of Republican Convention
Next Up: Editor's Pick