What to Know About Jo Cox's Murder Suspect Thomas Mair

The man suspected of murdering British Member of Parliament (MP) Jo Cox on Thursday was identified as Thomas Mair. The 52-year-old, locally known as ‘Tom’ or ‘Tommy,’ was arrested shortly after the attack in Birstall— a market-town in West Yorkshire, where he has lived for most of his life.

Cox was fatally attacked and shot outside her constituency surgery and was pronounced dead at 1.48pm. Police have not formally identified Mair as the suspect but they have searched Mair’s semi-detached home and said they are not looking for any other suspects.

Since the arrest, neighbors and relatives have described Mair as a quiet loner who needed treatment for mental illness. It has also emerged that Mair had connections with a number of far-right groups in the U.K. and the U.S.

Mair communicated with U.S.-based neo-Nazi organization the National Alliance, and bought a manual on how to make a home-made gun from the group in 1999. The Southern Poverty Law Center produced invoices and receipts that showed that “Thomas Mair” from Batley, West Yorkshire, bought printed material on “Chemistry of Powder & Explosives,” “Incendiaries,” and the handbook “Improvised Munitions Handbook,” which describes how to build a pipe pistol using parts from any hardware store. Mair also purchased a illustrated handbook written by Adolf Hitler, Ich Kampfe, which was given to new members of the Nazi party in the 1940s.

Mair was reported to be a subscriber to South African magazine, S. A. Patriot, which is published by the pro-apartheid group White Rhino Club. ” The Telegraph reports that a White Rhino Club blog post from Jan. 2006 described Mair as “one of the earliest subscribers and supporters of S. A. Patriot.” It also describes the Patriot’s editorial stance as being opposed to “expansionist Islam” and “multicultural societies.”

Two separate witnesses to the crime say the assailant shouted “Britain First” as he launched the attack. Britain First, a far-right political party and “street defense” organization, has denied any connection with Mair and condemned the killing of Cox.

Mair was born in Kilmarnock, Scotland, and lived in a semi-detached house on the Fieldheld estate in Birstell, a 15-minute walk from where Cox was killed. He lived in the house with his grandmother till her death in 1996, and has since lived alone. Mair is unmarried, childless and has been described by neighbors as quiet and a loner who volunteered to trim their hedges. His half-brother, Duane St Louis, whose father is West Indian, said that Mair once had a girlfriend, “but his mate took her off him and he said he didn’t want another one,” reports the Guardian. St Louis, 41, was shocked to hear about the murder saying Mair would not hurt anyone and never displayed any signs of racism.

Speaking to the Telegraph, local assembly line worker David Pickles said: “He is just a bit of a loner who keeps himself to himself but always says hello. He seemed to like his own company but I would not say he was unfriendly – he would always pass the time of day….I know he spent a lot of time in the library in town and liked to go on the computers there – I don’t know what he was looking up.”

Mair has spoken about receiving “psychotherapy and medication” in the Huddersfield Daily Examiner, where he says he began volunteering after attending a day centre for adults with mental health problems. “All these problems are alleviated by doing voluntary work. Getting out of the house and meeting new people is a good thing, but more important in my view is doing physically demanding and useful labor,” he said in the interview. Mair was photographed a year later in 2011, volunteering at a local park.

Mair’s other brother, Scott, 49, told reporters that his brother had a history of mental illness and has never expressed violent or political views. 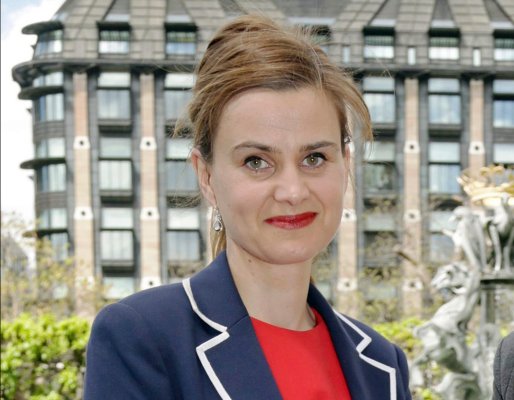