The Biggest E3 2016 Games and Revelations

Farewell, E3 2016. Goodbye delicious food trucks, shills with sheaves of handouts and building-sized marketing triptychs for upcoming video games. Hello return flights and weekend recovery comas. This year’s E3 may be over, but we’ll feel the ripples for months. Here’s a rundown of some of the heavily scrutinized industry trade show’s biggest events and takeaways.

All Nintendo needed was Zelda

It’ll need more in the years to come, but for E3 2016 at least, The Legend of Zelda: Breath of the Wild seems like the knockout punch so many have been hoping for. The action-adventure game, which stars longtime series hero Link, transpires for the first time in an open world festooned with objectives, unique biomes and completely new-to-the-series activities.

You can cook, (manually) jump, climb nearly anything and go anywhere you like in a painterly multifaceted playground as vast as any yet seen. It’s a full rethink of the Zelda formula, reformulated from the footings up, and crafted so that players of the Wii U version won’t feel left behind by the “NX” version when the game ships for both Wii U and Nintendo’s forthcoming platform reboot next March.

My hands-on with the game is here, my interview with the game’s producer Eiji Aonuma is here, and Aonuma’s rationale for Link’s gender attributes is here.

Sony doubled down on PlayStation VR

Sony confirmed rumors it has a faster PlayStation 4 in the oven the week before the show, opting to use its E3 presser to instead showcase surprise game announcements and beat the drum for PlayStation VR.

We learned the $399 headset arrives Oct. 13, and that we’ll see 50 games by year’s end, some of those completely new experiences, others—like one that’ll let you pilot an X-Wing, or another where you play as Batman in detective mode—bite-sized offshoots of existing franchises.

The PlayStation 4’s done smashingly as unit sales go, so it made sense for Sony to spotlight software this year, dropping bombshells like the next God of War (daddy Kratos has a son, a hankering for solitude and anger issues), or Days Gone (an open-world post-apocalyptic game with turbo World War Z-ish zombies). And holding your globally streamed press event backed by a live orchestra led by God of War composer Bear McCreary never hurts.

Microsoft tripled down on gaming in general

Literally tripled: We learned the nearly 3-year-old Xbox One will be joined in August by a 40% slimmer snow-white Xbox One S, then followed by a set-top 6 teraflops, 4K-angled monster gaming system codenamed ‘Project Scorpio’ sometime next year. So much for rumormongering the company was plotting to dump its Xbox division a few years back.

And in a bit of populist wizardry, Microsoft says games for one must work on all. Thus while a 4K-ready rendition of Halo 6 may melt eyeballs played on Scorpio, studio 343 Industries’ iconic be-helmeted one’s next sortie must be fully playable on the original Xbox One—a maneuver facilitated by linchpin Windows 10 that’s basically the holy grail for continuity advocates.

Yes, Sega’s 1994 32X upgrade for the Sega Genesis was a disaster that heralded a series of further platform calamities for Nintendo’s old hardware rival. The difference here is that Scorpio isn’t an add-on, nor does it erect a firewall between old and new platform libraries. And it’s only essential if you’re ready to go 4K, creating an upgrade path that’s much more carrot than stick. Speculate about the financial wisdom of the decision for Microsoft all you like, options are our friends.

The Final Fantasy XV virtual reality demo left some scratching their heads. The Resident Evil VII brief seemed to unite players in VR-gagging misery (a shame, because the game itself looks genuinely terrifying!). Some worried Star Trek: Bridge Simulator, where you and others carry out orders on a starship, amounts to a button-pushing simulator. VR demos for existing games like Doom (you stand on a platform shooting enemies) and Fallout 4 (the same, minus the platform), though visually impressive, felt like wobbly attempts to have show content to slap the label “VR demo” on.

Virtual reality remains a language even the cleverest minds barely speak, fumbling for words and phrases (much less sentences or a plausible grammar) to help us understand why one thing feels right, while another doesn’t. The takeaway from this year’s E3 seems to be that VR works best as a platform for experiences that aren’t analogous to the way we already play. Games developed for VR from the ground up seem to work better. No real surprise there.

As someone reminded me earlier this week, it’s true, Treyarch’s 2004 Spider-Man 2 was decent enough. But since then we’ve had Rocksteady’s Batman Arkham games, thus expectations are rightly higher.

The trailer looks promising, but then most trailers do. It’s that studio Insomniac Games has its hand on the rudder that’s newsworthy here, especially after the job they managed a few years ago on the brilliantly loopy, original, open-world skate park, Sunset Overdrive.

Modifying Minecraft is about to get way simpler

This next thing sounds boring, but it’s practically a miracle of engineering. The problem it’s trying to solve? The convoluted, highly specialized Minecraft mod scene.

By supporting open-standard JSON, a language-independent way of dealing with data, Microsoft’s figured out how to let Minecraft players easily tweak just about any game variable they’d like. Pop open a mod file in your favorite text editor, fiddle with any of its plain-English variables (say Creeper size, speed, or behavior), save the file and reload the game, and presto, the changes appear. Want to spawn a flock of chickens with the explosive, ignitable attributes of TNT? With JSON, it’s doable in seconds.

Microsoft says to look for the update (it’s exclusive to Windows 10, iOS and Android versions) sometime this fall.

Hideo Kojima is back, and oblique as ever

What a strange year 2015 was, with the release of the Metal Gear Solid creator’s best game yet overshadowed by his tortuous departure from publisher Konami. It felt like vindication, to see Kojima feted onstage at Sony’s press event for a few emotional moments, before he sent us sideways with a trailer for his first post-Konami game, starring the likeness of Norman Reedus, an oily ghost-baby and a beach full of dead whales.

The Last Guardian has a release date

Ico and Shadow of the Colossus director Fumito Ueda’s long-delayed third game about a boy who befriends a mythic creature will finally be with us this Oct. 25. You can read my interview with Ueda and impressions of the game here.

God of War‘s Kratos has all new daddy issues

All the money in the universe won’t pay for the decades of therapy the son of this series’ eponymous protagonist is going to need to grapple with his father’s savage legacy. But director Cory Barlog seems to understand that the way forward for a character who’s slaughtered entire pantheons lies in honestly exploring the tortured geography of that character’s internal landscape. 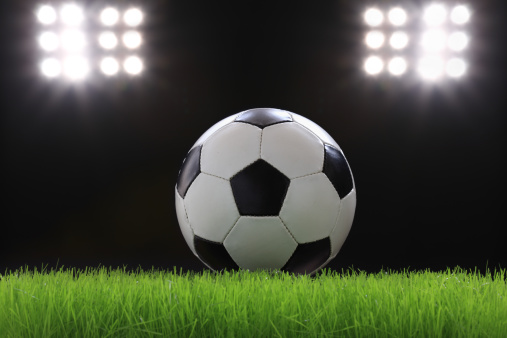 How to Play Facebook's Hidden Soccer Game
Next Up: Editor's Pick