Capping an extraordinary turn of events, Sumner Redstone—though barely able to utter a sentence—has today moved to seize iron-clad control of Viacom, by replacing five members of the public company’s board, including Philippe Dauman, its embattled CEO and executive chairman.

The announcement came in a press release Thursday afternoon from National Amusements, the Redstone family holding company that owns 80% of the voting shares in both Viacom and CBS.

If today’s action withstands an expected court challenge, it virtually assures the ousting of Dauman in a matter of weeks. Until earlier this year, Redstone, 93, had staunchly supported his longtime protégé, whom he’d named CEO in 2006.

By ousting the five directors—who presumably would be loyal to Dauman —Redstone and his daughter Shari, who serves as Viacom’s vice-chair, have given themselves a solid majority of the company’s 11-member board, aimed at withstanding even a challenge to Redstone’s mental capacity.

Dauman, backed by the company’s independent directors, has already gone to court to assert Redstone lacks mental capacity to make business decisions and is being unduly influenced by Shari. Dauman says she is bent on seizing control of his $42 billion media empire, contrary to his longstanding wishes.

Acting through National Amusements, the Redstones formally notified Viacom of their move on Thursday afternoon. At the same time, they filed an action in Delaware Chancery Court seeking expedited proceedings to confirm that their move is legally valid. Known as a “225 Action,” the Delaware filing would allow the current board, including the five targeted directors, to remain in place temporarily but would also bar the board from making any moves outside the normal course of business.

The ousted directors are Dauman himself; attorney George Abrams; lead independent director Frederic Salerno, a former Verizon Communications CFO who has publicly opposed Redstone’s earlier moves to assert control; Blythe McGarvie, a former corporate financial executive and Harvard Business School lecturer; and William Schwartz, the former dean of the Boston University Law School. All five have served on the Viacom board at least since 2007, and had long enjoyed Redstone’s support.

Shari Redstone has been heavily involved in recruiting their replacements, according to two people who spoke with her. Four of the names under consideration have previously been reported in the press: attorney Nicole Seligman, a former president of Sony Entertainment; BuzzFeed chairman Kenneth Lerer, a co-founder of the Huffington Post; former Discovery Communications CEO Judith McHale, a former undersecretary of state who also served as general counsel for Viacom’s MTV Networks division; and Bank of America BAC -0.22% director Thomas May, a former CEO of Eversource, a New England energy company.

The fifth new director is Ronald Nelson, board chairman of Avis Budget group CAR -0.25% , a former CEO at Cendant Corp, and a former executive at DreamWorks SKG. As Fortune first reported [LINK], the Redstones initially planned to replace just four directors. The appointment of five instead would presumably assure Sumner and Shari Redstone a 7-4 board majority, eliminating the possibility of a 5-5 deadlock if Sumner Redstone was deemed—or became—incapacitated. 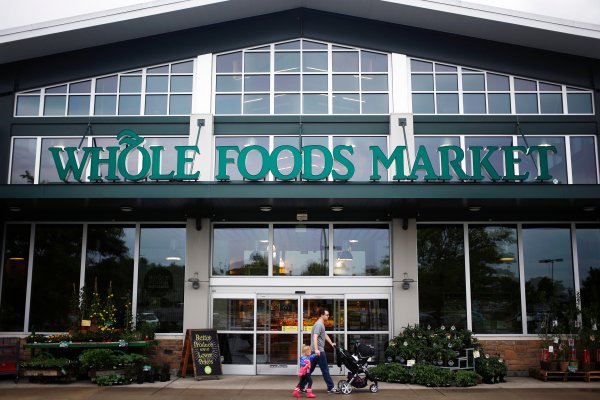 FDA Warns Whole Foods of ‘Serious Violations’ After Inspections
Next Up: Editor's Pick