Why Jo Cox's Shooting Is So Shocking for Britain

Jo Cox, a Member of Parliament for the Batley and Spens constituency in the north of England was shot and stabbed to death on Thursday, shocking Britain. and provoking an outpouring of sympathy from citizens and politicians from across the globe.

The killing, which police are still investigating, would have been jarring anywhere in the world. But in Britain, where guns are tightly controlled and gun violence is a rare event, the attack is all the more appalling.

Read More: The Orlando Shooting Is a Haunting Reminder of Just How Many Guns Are in America

Even by European standards, Britain is something of a gun-free zone. The Small Arms Survey estimated that there are just 6.2 guns per 100 people—figures were only available for England and Wales, not Scotland. That’s far less than Germany, Italy, Spain, France—and of course, the U.S., which leads the world with more than 88 guns per 100 people.

One of the reasons for Britain’s low rates of gun ownership is the country’s strict gun laws, dating back to the Firearms Act of 1920, which empowered local law enforcement to deny gun licenses to citizens at their discretion. Today, Britons looking to purchase a shotgun or rifle must sit for an interview with police and provide a “good reason” for ownership—self defense is not considered a valid answer—among other restrictions. Following the 1996 Dunblane school massacre, which left 18 dead, civilians were effectively banned from owning handguns, and even Britain’s Olympic pistol shooters were forced to practice outside the country before 2008.

Likely as a consequence of its low number of guns, Britain also enjoys an extremely low gun homicide rate. According to GunPolicy.org, a pro-gun control website that promotes a “public health” approach to reducing gun violence, there were 0.06 gun homicides per 100,000 people in the U.K.(Britain and Northern Ireland) in 2011 (the most recent data provided by the site). That compares to 3.55 gun homicides per 100,000 people in the United States in the same year. 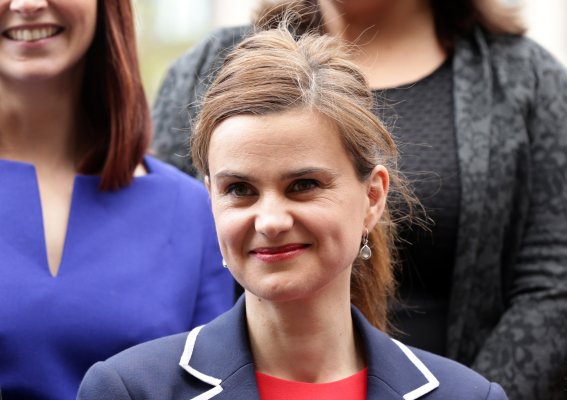 Murdered British Lawmaker Jo Cox Advocated for Syrians in This Powerful Speech
Next Up: Editor's Pick