While he held hostages for hours in a nightclub methodically killing patrons, the gunman in last week’s deadly Orlando shooting searched Facebook to see if news of the attack was going viral, according to a lawmaker.

“It is my understanding that Omar Mateen used Facebook before and during the attack to search for and post-terrorism-related content,” Johnson said in the letter. “I appreciate Facebook’s support of the law-enforcement investigation into this attack and previous attacks. While Facebook is not a target of the Committee’s inquiry, I respectfully request your assistance with the Committee’s inquiry.”

Johnson, citing information obtained by his staff, said there were five Facebook accounts associated with Mateen, which he used to post and search for information about his attack, as well as information about the San Bernardino shooting and about local law enforcement offices. Johnson said that during the attack on Pulse, a gay nightclub, the shooter apparently searched Facebook for the terms “Pulse Orlando” and “Shooting.” Mateen, Johnson saod, also posted status updates.

“America and Russia stop bombing the Islamic State…I pledge my alliance to abu bakr al Baghdadi…may Allah accept me,” he said in one, referring to the leader of the militant group ISIS. 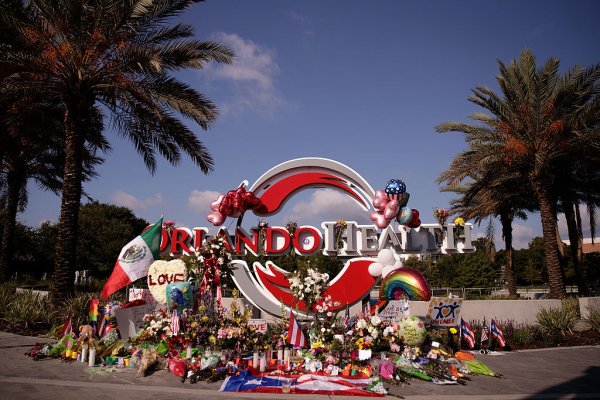 These 5 Facts Explain How the Orlando Shooting Has Polarized the U.S.
Next Up: Editor's Pick