The husband of murdered British MP Jo Cox issued a statement hours after her death in her Yorkshire constituency, calling for all to “fight against the hatred that killed her.”

The Labour Party politician Cox, 41, died after being shot and stabbed on Thursday outside a library in Birstall, northern England.

In his statement, her husband Brendan Cox said: “Today is the beginning of a new chapter in our lives. More difficult, more painful, less joyful, less full of love. I and Jo’s friends and family are going to work every moment of our lives to love and nurture our kids and to fight against the hate that killed Jo.”

He said that she would have wanted for their children to be “bathed in love” and “that we all fight against the hatred that killed her. Hate doesn’t have a creed, race or religion, it is poisonous.”

Earlier in the afternoon Cox, a former senior executive at charity, Save the Children, tweeted an image of his wife in London with no caption.

“Jo would have no regrets about her life, she lived every day of it to the full” he wrote in the statement. 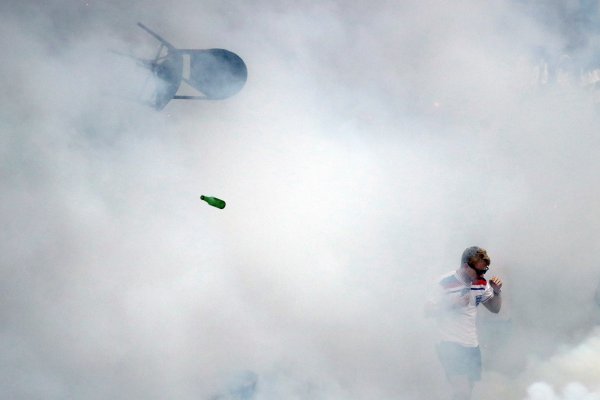 Why the Ugly Spectacle of Fan Violence Has Returned to Soccer
Next Up: Editor's Pick