Facebook Exec: Messenger 'Will Look a Whole Lot Different' By Next Year

It’s been two years since David Marcus left his position as the president of PayPal to lead Facebook Messenger.

In that time, Messenger has ballooned from a basic chat app with around 200 million users to a massive platform of close to a billion. The app itself is also strikingly different than it was just two years ago. Today, it can function as a means of repaying a friend, requesting an Uber ride, ordering a new outfit, and more.

Apple, Google, and Microsoft have all made similar announcements around their own chat apps. Indeed, the way in which we communicate digitally is undergoing a massive shift.

This is set to be a big year for Messenger. Marcus says that by the end of it, Facebook’s messaging app “will look a whole lot different.” The Facebook executive has two major goals in mind for the service: Serving up useful information at the right time with context, and making it easier for users communicate in real time.

TIME spoke with Marcus to discuss his vision for Messenger and the future of communication. Below is a transcript of our conversation that has been edited for length and clarity.

TIME: You have just announced that a new inbox layout is coming to Facebook Messenger. It will show information like friends’ birthdays, which friends are active on Messenger at a given moment, and favorite contacts. Can you talk more about that?

Marcus: So there are a couple of things. We believe birthdays are actually a really important thing, especially for your close friends. Birthdays, for [most] of your friends, you’re probably more inclined to write on their Facebook page. Because you write, and you forget about it, and you don’t have to engage in a conversation. Whereas, your really close friends, you probably want to message them on their birthdays.

[Active Now] is really cool, because if you want to talk to one of your friends you don’t know if they’re available, you don’t want to disturb people. When you think about phone calls and texting, it’s a pretty involved process. And if you’re available, it means that you’re there right now and you’re available to chat.

And your favorites is more of a navigational unit that enables you to get to your closest friends, the people you talk to the most on Messenger, more quickly. We’ll add more units as we go, and we have the ability to do that now that we’re starting to build this out. But we really believe that there’s an opportunity to leverage all of that real estate to make it more productive and useful.

I can imagine the Reactions tool being really useful in group messages on Facebook, like tapping on a piece of dialogue to like it. Is that something you’re thinking about for Messenger?

It’s on the long list — a wish list — of things that we want to do to make [group messaging] better.

You said during today’s Wired Business Conference that there will be different user interface elements in Messenger, like buttons with text, for instance, when you don’t want to type. What other types of elements do you see fitting into Facebook Messenger?

We want to enable any type of UI that’s the right one at the right time. And to me, it’s really this notion of, the UI can come and go, and the things that are posted to the thread should stay. So your receipts, all of your customer service interactions, your shipping notifications. All of these things should stay because they might be helpful for you in the future. But the thing that you need right now, that you’re using the UI for, doesn’t need to stay. And that’s a very liberating thing, when you don’t have to clutter the interface with UI that is not needed. We think over the next couple of revisions of the platform we’ll start adding more capabilities.

You’ve mentioned the importance of showing the right information at the right time in Messenger. Can you talk more about what that means?

If you send notifications for everything, it’s going to become unbearable. We can notify, but also bump a thread without notifying. When people come back to Messenger, they can have the most relevant thing on top. And that’s a really interesting concept, where we can can bring what you need at the time of day depending on what you have signed up for, or what you’re using, and that’s a really interesting thing that’s really hard to recreate outside of a messaging app.

Today when I see that notification icon saying I have a new message, I don’t know if it’s going to be from a friend or a bot. If Facebook thinking about a way to differentiate notifications from humans versus chat bots?

Yeah, over time we definitely need to rationalize this. I would put it in the category for us as a good problem to have. The vast majority of people, most of their notifications are still from friends. So you do have a preview in the notification so you know what it is. If there are lots of interactions that actually notify people a lot, we can mute these notifications, or we can group them. If it’s becoming a big use case for people, we can come up with another tone for those things. We have a very big toolbox at our disposal. Right now it’s not a problem, it’s a hypothetical future problem.

In your blog post from January you mentioned that there are innovations coming to Messenger this year. We’ve already seen some of them, but what other areas are you interested in exploring?

The things that we’re really interested in and we’ve talked about earlier this year is everything that happens in real time. Our first entry into that was voice calling maybe two years ago, then last summer we enabled video calling and that’s doing amazingly well. And we’re really intrigued by, what are the next forms of real time communication? So we’re thinking about how do we actually reinvent a little bit those real-time communications. As we shared earlier this year, we also want to make photo sharing really awesome inside of Messenger, and so that’s another area we’re looking to invest in.

We can already call each other, text each other, and have video calls to communicate in real time. What’s next?

Are there any other areas you’re looking to improve besides photo sharing?

We also want to make groups a lot better, and empower new types of use cases for groups. We just want to make sure groups are really easy to create, that everybody can be included in them, and that they’re easy to find. I think it’s a really good group product, but I think it can become an awesome group product.

I think it’s early days, but I’m pretty enthusiastic about all of those things that are coming on the platform and the app. By the end of the year, when you take all of these changes together, I think Messenger will look a whole lot different than it does today. So I’m really excited about that.

Where do you see Facebook M (Facebook’s experimental personal assistant service) fitting into the future of Facebook Messenger?

What we’re doing with M is trying to evolve the ability for computers to complete the task. First, it’s understanding what you’re asking for. I think going forward the real question is how do we go to scale with that, and how do we enable M to help other developers on the platform. The first step was to take everything we’ve learned, package that into a bot engine, and we gave that to developers so they can actually get the benefit of everything we’ve discovered and built on with M. But we think M can play a more involved role in the platform going forward and we’ll see what shape it takes in the future.

Recently we’ve seen a trend of companies like Apple, Google and Microsoft making improvements to their chat apps. Why do you think Silicon Valley is so focused on messaging now?

I think that there are several factors. One is that people spend more time on messaging apps than ever. So the form of communication has evolved over time. Back in the day, the only way to interact in real time with people was to call them. And then email added utility, but it’s very asynchronous and not instant. SMS was kind of like this big thing where texting was instant and short form and really easy, but at the same time very narrow in terms of capabilities.

And it actually took a while for very, very large, over-the-top messaging apps to get to scale. And we’re at this point now with 900 million plus people on Messenger, with over a billion on WhatsApp, where you have two big messaging apps where people spend a lot of time. And also at a time where broadband connectivity on devices is prevalent in the developed world, the capabilities of devices and operating systems have evolved a great deal. And as a result you can build compelling experiences inside messaging apps that solve a lot of the real problems, like the friction involved in downloading, installing and signing up for an app all the way to the shortfalls of the mobile web.

What do you view as the difference between WhatsApp and Messenger? They seem to serve the same basic purpose.

It’s different geographies, actually. So WhatsApp is really big in countries like India and Latin America. And Messenger is definitely big in North America, Europe and Australia, so different markets with different characteristics as well. And we operate fairly separately. We compare notes with Jan Koum on a regular basis, but it’s pretty separate.

You’ve written a bit about how phone numbers are becoming archaic as a form of communication. Will we reach a point when chat apps become popular enough to replace the phone number? 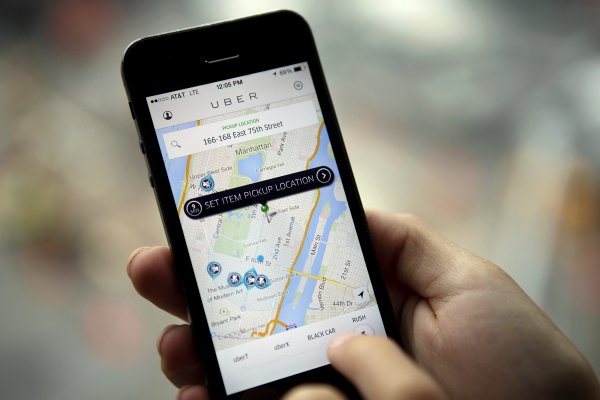 Uber Finally Added This Much-Needed Feature
Next Up: Editor's Pick