Why Disney’s New Shanghai Park Is Its Most Ambitious Yet

Walt would be proud.

The Walt Disney Company seems to have spared no expense in building its sixth theme park which opened June 16 in Shanghai, China after a decade of planning and five years of construction. The $5.5-billion Shanghai Disneyland is a colossal 963-acre park three times larger than Hong Kong Disneyland and anchored by the tallest castle in any Disney theme park. The joint venture with China-based Shanghai Shendi Group, which owns 57% of the park, is the glitziest in a spate of entertainment firms rushing to establish themselves in the world’s most populous nation, one run by a regime that increasingly views entertainment as a vital component of its soft power.

The meticulously orchestrated opening comes amid a series of tragedies in Disney’s home market, including the death of a 2-year-old boy June 14 when an alligator dragged him into a lake at Orlando, Florida’s Walt Disney World Resort. Disney CEO Robert Iger called the child’s family from Shanghai and the president of the Walt Disney World Resort, George Kalogridis, left China for the U.S. after news of the attack. During the ceremony, Iger and Chinese Vice Premier Wang Yang both read letters from each country’s presidents hailing China and America’s relationship.

As well as a massive financial investment, Disney’s new park relies on technology the company hopes will augment all its parks. Shanghai Disneyland was designed by Walt Disney Imagineering (WDI) using Building Information Modeling (BIM), a 3D model-based process of designing everything from the Steamboat Willie entrance fountain to Roarin Mountain. Imagineers—Disney’s term of art for its enginneers—were able to couple these 3D models with tablets on site, while using the latest virtual reality headsets and DISH (Digital Immersive Showroom) technology to share their progress.

According to Mark Mine, creative technology executive at WDI’s Creative Technology Studio, DISH allowed imagineers to work across locations from Shanghai to Glendale, California and Orlando. The large white rooms work with projectors and 3D glasses, allowing multiple people to experience rides, attractions, and hotel rooms before construction even began in 2011. “We link our DISH’s together, which is also very important because as an international company we can load up a model in Orlando and have people walk through it simultaneously in Shanghai,” Mine said. “It allows us to do reviews across multiple sites. And that’s something that we’re going to continue to push and develop.”

Towering 196.8 feet above Fantasyland is the park’s Enchanted Storybook Castle, which includes retail, dining, and theatrical spaces, as well as two attractions. It’s home to Once Upon a Time, an indoor, walk-through exhibit of all the Disney Princesses that blends dioramas with screens displaying classic Disney animation. The Voyage to the Crystal Grotto boat ride travels through Fantasyland and underneath the castle for its finale, which features music and animation from films such as The Little Mermaid, Aladdin, Mulan, and Beauty and the Beast.

Visitors walk through the Alice in Wonderland Maze during a trial run at Shanghai Disneyland ahead of its official opening, June 8, 2016.
Qilai Shen—Bloomberg/Getty Images

Fantasyland, the largest land in the park, is also home to the Seven Dwarfs Mine Train roller coaster, the Peter Pan’s Flight dark ride, and the Hundred Acre Wood with Winnie the Pooh dark ride (all of which are also in the Orlando Magic Kingdom). The outdoor, walk-through Alice in Wonderland Maze is home, no wonder, to characters such as the Cheshire Cat, the Red Queen, and others from the films set within a leafy labyrinth.

With Pirates of the Caribbean: Dead Men Tell No Tales hitting theaters next summer, the pirates’ life remains popular with Disney fans worldwide. Treasure Cove is the first pirate-themed land in a Disney park, featuring a full-sized pirate ship, explorer canoes for paddling in the lagoon, and Barbossa’s Bounty restaurant. These are the kinds of integrations Disney hopes will endure its properties to Chinese tourists in the country’s rapidly rising middle class.

Then there is Tomorrowland, originally designed by founder Walt Disney some 60 years ago. It has been thrust into the future with a pair of tech-driven rides that are exclusive to Shanghai. The most talked-about ride in the park is TRON Lightcycle Power Run, which turns Disney’s video game film franchise into the fastest attraction at any Disney park. Guests enter the neon blue-glowing world of TRON and board a train of two-wheeled Lightcycles, which have riders hunched forward as if they’re piloting the speedy bikes. Aside from a brief stretch outdoors, the ride immerses guests inside at speeds of 62 miles-per-hour as they race to capture eight energy gates.

Disney is also cross-promoting two of its most recent—and popular—brands with Star Wars Launch Bay, which includes character interactions, set pieces, and props from The Force Awakens, and Marvel Universe, which has super hero and super villain interactions and a comic book art workshop.

The entire resort features 4.5G Wi-Fi from Huawei and China Unicom, which should help smartphone-obsessed guests share their experiences with friends on Chinese social media. Over one million guests had already previewed the Shanghai Disney Resort before the official opening. Tickets cost $57 for off-peak days and $75 for weekend and peak days, the least expensive of any Disney park worldwide. 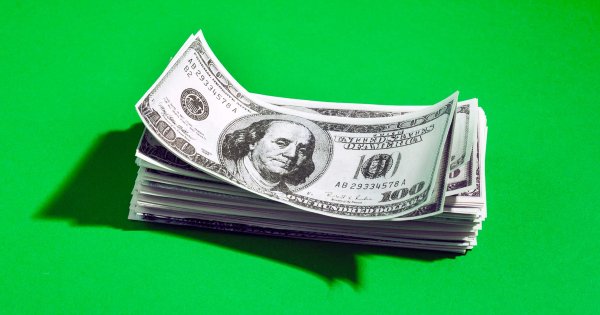 Why This Tech Company Is Giving 100 People Free Money
Next Up: Editor's Pick