Chrissy Teigen is not one to mince words, especially when it comes to presidential candidate Donald Trump.

The model and author celebrated Trump’s 70th birthday in her own way this week. She posted a picture of the presumptive Republican nominee on her Instagram page with an inflammatory caption: “Happy Birthday, you monumental a—hole.”

When a Trump supporter suggested that she should “leave the country” if she hated the candidate so much, Teigen replied that she’d rather stay and continue “hating him.”

This isn’t the first time that Teigen has sparred with Trump’s followers. After lashing out at the candidate in November regarding an announcement about a meeting with religious leaders, Trump retweeted a follower who said Teigen was “trashy” compared to Melania Trump. Teigen replied:

Teigen defended her continued criticism of the candidate in a later tweet: 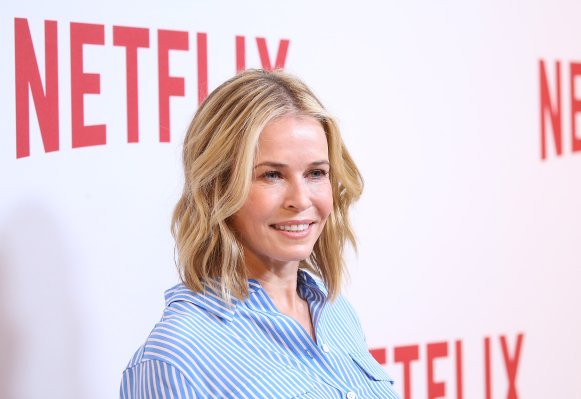 Why Chelsea Handler Doesn't Apologize For Her Comedy
Next Up: Editor's Pick