British lawmaker Jo Cox died after being shot and stabbed in her constituency in Birstall, West Yorkshire.

Dee Collins, the chief constable of West Yorkshire police, said that the Labour Party member was pronounced dead by a paramedic crew attending to her.

The 41-year-old Cox was attacked near Birstall’s library where she holds advice surgeries, Sky News reports. According to the BBC, she has been taken by air ambulance to Leeds General Infirmary where armed police are outside the hospital.

Her husband, Brendan Cox, tweeted this photograph of the MP by the barge where she stayed in London.

Speaking to Sky News, witness Hishem Ben Abdallah says a man pulled a gun out of his bag, which looked like a “First World War or a makeshift, handmade gun,” before attacking Cox. He was fought off by a local man who may have been injured in the scuffle. The assailant is reported to have shouted ‘Britain First’ during the attack.

Speaking to the BBC another eyewitness said: “He shot this lady and then shot her again. He lent down. Someone was wrestling with him and he was wielding a knife and lunging at her. Three times she was shot. People were trying to help her. Then he ran off down a one-way street. Me and my mate drove round to try and find him.”

A statement by the local West Yorkshire Police says that a 52-year-old man has been arrested in connection to the incident. The BBC tweeted an image of the arrest of a man nearby:

Cox wrote a pro-E.U. comment piece in the Yorkshire Post on June 10, saying a vote to leave the political bloc was not a “way to deal with concerns about immigration.”

The mother of two was elected to represent Batley & Spen constituency in 2015. She is co-chair of the Friends of Syria All Party Parliamentary Group, and broke with her party in abstaining in a vote on military action in Syria. She has also expressed regret for nominating Jeremy Corbyn during last year’s Labour leadership contest.

The MP is married to former special advisor to Gordon Brown, Brendan Cox. Vote Leave and Vote Remain have suspended both their campaigns in light of the incident. 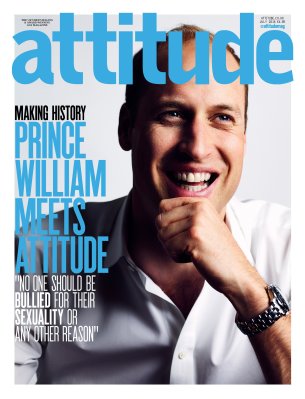 Prince William Appears on Cover of Gay Magazine to Fight Bullying
Next Up: Editor's Pick