A bizarre, bro-dacious bond can’t keep Swiss Army Man from stranding itself
A24
By Stephanie Zacharek

The subtitle of Daniel Kwan and Daniel Scheinert’s deeply self-conscious black comedy Swiss Army Man could be What Dudes Talk About When They Talk About Being Dudes, or maybe just Exile in Guyville. Paul Dano’s Hank is a man marooned on a deserted island, hungry and lonely and about to commit suicide until a potential friend washes up onshore. The catch is that this new compadre—played by Daniel Radcliffe, he’ll come to be called Manny—is a corpse.

The conceit works, to a point, largely because Dano and Radcliffe are so open to the more tender aspects of Kwan and Scheinert’s madness. And a sequence in which Hank re-creates for Manny the glorious, prosaic essence of riding a bus—complete with a rolling paper landscape pieced together from the pages of an old magazine Hank has found—is truly lovely. That Hank and Manny open up to each other as they do is remarkable, particularly considering one of them is dead. But the film’s contrived quirkiness grows wearisome, and essentially the movie is really just two guys talking in the wilderness for 90 minutes. They’re not the only ones needing to be rescued. 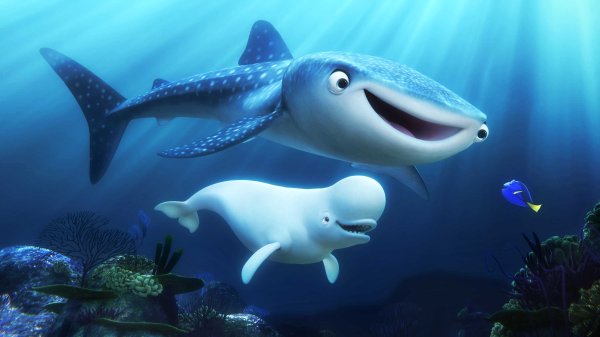