Emotion and Immigration Could Drive Britain to Exit the E.U.

To many Europeans, the biggest battle currently taking place on the Continent is in France, where soccer teams from 24 countries are competing in the European Championships. But in the U.K., a battle for Europe with far more at stake is nearing the final whistle. On June 23, Britons will go to the polls to decide whether their country will remain in the European Union, the 28-nation supranational project that offers free trade in exchange for open borders. And most polls now give the Leave vote–the “Brexit”–the edge. The possibility that the second largest economy in the E.U. could leave now seems very real.

If Britain does end up Brexiting, much of the blame will be laid at the door of 10 Downing Street, current residence of U.K. Prime Minister David Cameron. It was Cameron who called the referendum in the first place–a promise he made in part to placate Euroskeptic members of his own party before elections in 2015–and it is Cameron who has led a bleakly negative campaign against Brexit, repeatedly warning of a “DIY recession” and a housing-market crash. A chorus of establishment figures have echoed his oratorio of gloom. Mark Carney, head of the Bank of England, warned of a steep downturn. Dame Eliza Manningham-Buller, former head of Britain’s domestic spy agency MI5, said leaving would make Britain “significantly less safe.” Even President Obama hopped the pond at Cameron’s invitation to warn that Britain would have to join the “back of the queue” to renegotiate trade deals.

But many Britons have rejected what the country’s largely Euroskeptic newspapers have nicknamed “Project Fear.” A turning point came during a live TV debate this month, when a student in the audience won applause by scolding Cameron for “scaremongering.” Brexiteers have capitalized on a growing distrust of authority to portray a vote to Leave as a blow to the establishment. Boris Johnson, the former London mayor and a leader of the Leave campaign, has spoken of it as a “David and Goliath” battle. “And we know what happened to Goliath.”

That’s not to say the Leave campaign is entirely reality-based. Brexiteers insist that a Britain free of E.U. bureaucracy would be able to negotiate favorable trade deals with member states, keeping the economic benefits of being part of the common European market without the burden of those Brussels bureaucrats. But other E.U. nations have strenuously disagreed. Wolfgang Schäuble, Germany’s cantankerous finance minister, said in a recent interview that a vote for Brexit would bar the U.K. from the single market: “In is in. Out is out.”

Most economists believe that Brexit would damage the U.K. economy–perhaps severely. But economic arguments mean little to the aging, mostly rural voters who make up the majority of Leave supporters. To them, Brexit is an emotional issue, fired by their fear of a changing Britain. Immigration is the chief issue of concern for voters in this election. Some 2.1 million E.U. citizens have moved to the U.K. since the bloc expanded eastward in 2004, and public services in this country of 64 million have sometimes struggled to cope. The Leave campaign has promised action on immigration but few specifics, suggesting a points system to better control the number of arrivals to the U.K. Cameron has offered little in response. He claims that Britain can better influence overall migration levels in the E.U.–but since the free movement of citizens within the union is a cornerstone of the European project, few believe him.

In the meantime, investors around the world are readying themselves for a fire sale on June 24 should Brexit happen, with one banking source saying a total global sell-off of the euro and related stocks could be in the cards. In the U.K., the government might be forced to slash taxes to prevent large corporations from closing. Cameron would probably resign or be forced out, leaving a bitterly divided government to begin the process of negotiating the U.K.’s withdrawal. The talks could last as long as seven years, according to European Council president Donald Tusk, with unforeseen consequences for Britain’s economy and its global standing.

Back in France, the Euro 2016 championships have been marred by violence between English thugs and organized gangs from the Continent. It could be a dispiriting preview of what is to come. 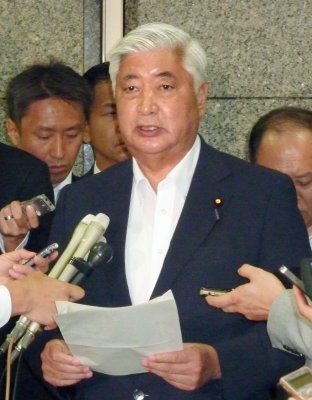 Japan Says a Chinese Naval Vessel Infiltrated Its Waters
Next Up: Editor's Pick