A Chinese lesbian (C), who goes by the pseudonym Qui Bai, speaks to the media with her lawyer Wang Zhenyu (L) before entering the Beijing No.1 Intermediate People's Court in Beijing on November 24, 2015.
GREG BAKER—AFP/Getty Images
By Rishi Iyengar

A lesbian woman in China has successfully moved to sue the government over textbooks that describe homosexuality as a “psychological disorder,” with a court reportedly accepting her case against the country’s ministry of education.

The 21-year-old woman, who goes by the pseudonym Qui Bai, discovered the textbooks at Guanghzhou’s Sun Yat Sen University while looking for information on homosexuality in 2014, the BBC reports. She filed the first of what would be three lawsuits against the ministry soon after, telling Chinese news site Sixth Tone, “I don’t want discrimination permeating the school I live in and the materials I use every day.”

But she was persuaded to drop the suit and file a complaint with the ministry instead; her letters went unanswered. Her second suit in April this year was rejected on the grounds that the ministry’s failure to address her complaint did not impede her rights. On Tuesday, Qui’s third lawsuit — which states, “as a current university student, the plaintiff has a direct interest in the textbook materials” — was accepted by the First Intermediate People’s Court of Beijing.

Although China decriminalized homosexuality in 1997 and removed it from the country’s official list of mental disorders in 2001, gay people are still often stigmatized. In another lawsuit filed earlier this week, a 37-year-old man said he was beaten and drugged at a mental hospital as part of forced “conversion therapy” after revealing his sexual orientation to his family and seeking a divorce from his wife. 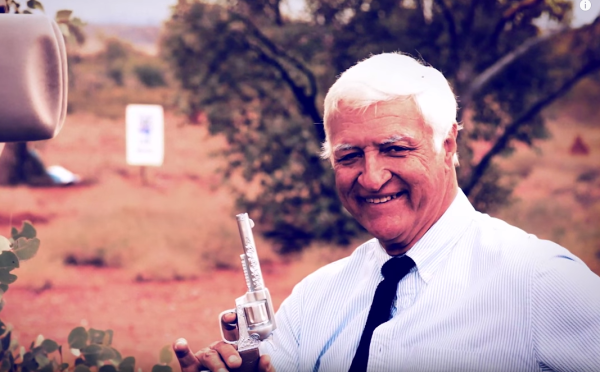 Is This The Worst Political Ad Ever?
Next Up: Editor's Pick