Is This the Most Tasteless Political Ad Ever Made?

It’s election season in Australia, and the 71-year-old independent parliamentarian Bob Katter seems very keen on propounding his nationalist views. So keen, in fact, that he’s willing to kill for them, or so he suggests in a new campaign ad that was meant as a joke but has nevertheless deeply disturbed the Australian electorate.

The ad begins with two masked men — one representing the right-leaning Liberal Party of Australia, which is currently in power; the other representing the Australian Labor Party, its opposition — planting in the earth a sign declaring “Australia for Sale.” Cut, then, to Bob Katter, in a 10-gallon hat, crudely painting the word “Not” on the sign, then blowing smoke from the muzzle of a pistol and leering to the camera.

We then pan out and see that Katter has shot the two other men dead.

The conservative Katter is a notorious figure in Australian politics, one who believes there are no homosexuals in his home district and who thinks the best shelf space in the country’s supermarkets should be reserved for Australian goods. His new ad has drawn the ire of Prime Minister Malcolm Turnbull, who said it was “in the worst of taste,” according to the BBC. Katter says he thinks it’s “brilliant” and “screamingly funny.”

Many Australians say the ad is abhorrent, coming so soon after the mass shooting in Orlando, Fla., that made headlines around the world — but Katter says he didn’t hear about the atrocity.

“I don’t know what’s going on the media,” he said in a television interview quoted by the Guardian. “I don’t watch television. I get to bed at midnight every night. I don’t read newspapers.” 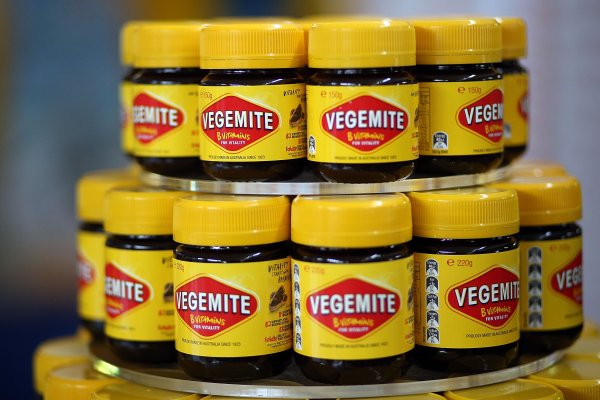