Euro 2016 is in full swing. The quadrennial soccer tournament is probably the biggest and most followed international soccer event after the World Cup, and media from across the globe — particularly from the countries participating — are whipping up a frenzy with their coverage.

But few of them are doing so more hilariously than Reykjavik Grapevine magazine in Iceland — a tiny island nation of around 330,000 people. The country is understandably excited about its soccer team’s first major tournament, with over 8% of its citizens making the trip to France to attend.

The excitement was compounded by a 1-1 draw in Iceland’s opening game against heavily favored Portugal and its superstar midfielder Cristiano Ronaldo, and the Grapevine’s Twitter account was on it.

There were Viking tweets.

There were also Norse God tweets.

And, well, just … everything.

The magazine also used its own tweets to write an (ahem) official match report on its website, with the headline “As It Happened: #EuroSaga Begins as Iceland Inflict 1-1 Defeat on Portugal.” Maybe the Grapevine could teach Ronaldo — who drew ire for his criticism of Iceland’s “small mentality” — a thing or two about not taking oneself too seriously.

Although the scoreline was a far cry from the 19-0 Icelandic victory the Grapevine had predicted in “ICELAND’S PATH TO CERTAIN VICTORY AT EURO 2016,” there’s still a “historic trouncing of the terrified Hungarians” to look forward to in the team’s next matchup on Saturday. 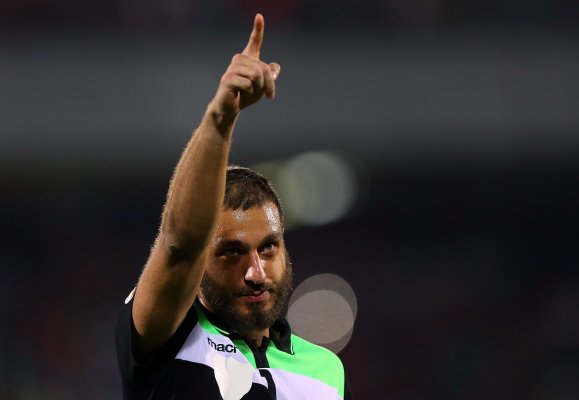