“It wasn’t as though I started out to write a book about an interracial couple,” says Kristan Higgins, the bestselling romance-novel author. She just needed to conjure up the appropriate hunk, er, man for Colleen O’Rourke, the Irish-American heroine of her sizzling new book, Waiting on You. “As I was developing this character,” she says, “I was picturing him. He was tall, dark, handsome, and very romantic. Before I was really aware of it, I had him as Latino.” Lucas Campbell was born, and the pairing was combustible:

Higgins’ casting is right in line with the zeitgeist. Devotees of romance fiction, predominantly female, are demanding that their favorite category be ethnically as diverse as the real world. One of the newest branches of the popular genre is interracial romance, which just a few decades ago would have been too hot to handle. After all, the first African-American romance imprint came on the scene less than 20 years ago. “Readers are able to say through social media and direct interaction, ‘I want to see myself in a romance,’ and not every romance reader is white,” says critic Sarah Wendell, author of Everything I Know about Love I Learned from Romance Novels.

Publishers are taking heed, as well they might: readers vote with their wallets. Romance fiction brought in a cool $1.4 billion in 2012, making Love Lit the largest sector of the U.S. book-buying market. Says Dianne Moggy, the heads of editorial series at Harlequin, the world’s largest romance publisher, “We have more and more authors and readers who have either African American backgrounds, Latino, Chinese, Indian in terms of Asia, South Pacific and certainly Native American.” As Moggy says proudly, “We’re just seeing reality reflected in our books.”

Covers have always been uniquely important in selling romance novels—witness the steamy “clinch covers” of passionately entwined lovers. The covers are also a social barometer. In the 1980s, some U.S. retailers refused to sell romance fiction with African Americans on the cover, much less interracial covers. The latter are now showing up with more frequency, though they are still considered too edgy by a few retailers.

“Most of the people I know who are writing interracials are African American,” says Beverly Jenkins, a trailblazing author who has written 30 African-American historical romances. She cites such like-minded authors as Kimberly Kaye Terry, Michelle Monkou, Sienna Mynx and Yvette Hines. So why are these writers so attuned to love that crosses ethnic barriers? “I think because love is love and romance writers, we pride ourselves on writing stories that resonate with our readers,” Jenkins says. “And if you look at the changing demographics of the United States, there are a whole lot of mixed marriages out there.”

The latest Census figures bear her out. Interracial married couple households grew by 28% from 2000 to 2010, to an all-time high. One of every 10 married couples in the US identified themselves as mixed race or multi-ethnic. More than four in 10 Americans say that that is a change for the better, according to a Pew Research Center study last year. This change in social acceptance has come at blinding speed; it was only in 1967 that the Supreme Court found laws prohibiting interracial marriages unconstitutional.

There are people who are still not anxious to hear this message. As recently as last winter, a Super Bowl TV ad for Cheerios that featured a family with a black father and a white mother evoked an ugly response from some viewers, followed by a supportive public counter response. But the company doubled down this year with an ad showing the same family; this time, the mother was pregnant.

No one knows more about how times have changed than bestselling romance author Kimberly Kaye Terry. Ten years ago, when she wrote her first book, an interracial novel, she had an editor at a big publishing house tell her, “I love it, but can you make the characters the same race? Pick a race, any race, but make them the same.” But Terry stuck to her guns, and has since written over 20 interracial romance novels for major publishers. “That’s what I do, and my readers love it,” she says with pride. But, she is quick to add, “the focus is absolutely never on the race. That’s not sexy. Let it be about anything but the color of their skin, because to me, that’s archaic thinking. We do not live in the ’50s.” 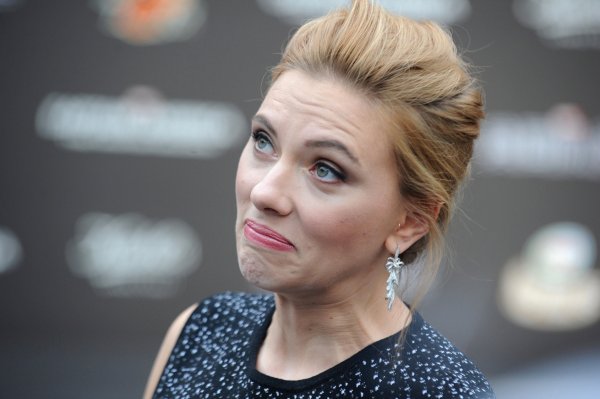