An early report on Zika spread in Colombia reveals that close to 12,000 pregnant women have the virus.

In the report released Wednesday in The New England Journal of Medicine, Colombian researchers and scientists at the U.S. Centers for Disease Control and Prevention (CDC) said that as of April, there were 65,726 cases of Zika reported in Colombia, with double the number of infections in women compared to men (this could be due to the fact that more women may be tested due to the risks to pregnancy).

The report also shows that 11,944 pregnant women have been reported to have Zika, with about 1,484 of those women confirmed with specialized laboratory testing.

The researchers looked at a group of close to 2,000 of those pregnant women and report that over 90% were infected during their third trimester, and no infants with birth defects have been identified so far in this group. One of the things scientists are hoping to learn from studies like this is why some women with Zika will give birth to babies with microcephaly and others will not. It’s suspected that the time of infection during pregnancy has a role, and the fact that the women who were infected later in pregnancy had healthy babies could be telling.

Among cases of microcephaly reported in Colombia so far this year, four babies had laboratory evidence of a Zika virus infection. All of these babies were born to mothers who did not have symptoms and were not under surveillance. Most people with Zika do not have symptoms, which is why U.S. health officials have recommended all pregnant women who have traveled to affected countries—or who have partners who have traveled to affected countries—get tested for the virus.

Nearly 12,000 reported Zika cases among pregnant women and 65,726 cases reported overall is substantial, but the researchers say this is likely an underestimate since the numbers don’t account for people who don’t have symptoms and are not tested.

The study authors note that in 2010, over half of all pregnancies in Colombia were unintended and less than half of sexually active women reported using a condom the last time they had sex, though 61% said they used contraception in general. “Since [Zika] can be transmitted sexually, providers should counsel pregnant women whose male sexual partners are at risk for Zika virus infection about the importance of condom use or abstinence to prevent Zika virus transmission,” the researchers write.

The study authors say the ongoing Zika outbreak is “a major public health threat.” Medical groups and experts are still pushing for Congress to provide adequate funding to respond to the outbreak. 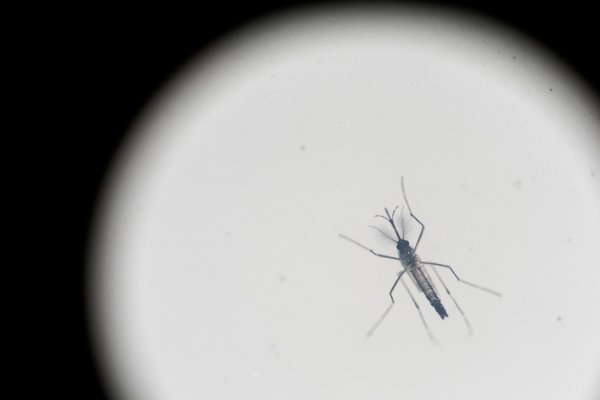 Researcher Accidentally Infects Herself With Zika Virus
Next Up: Editor's Pick