Science Finally Figured Out How to Make Coffee Even Better

As it turns out, making a great cup of coffee is not so much about what you put into it once it’s brewed—it actually depends on what you do to the beans beforehand. A recent study found that chilling coffee beans creates a better flavor for the brew, meaning your freezer could be the secret to a better tasting cup of joe.

University of Bath scientists conducted an experiment with the U.K.-based coffee shop Colonna and Small’s in order to optimize coffee flavor. They discovered that the key is particle distribution. In the full report, published in Nature on April 18, 2016, the researchers concluded that “grinding colder coffee beans produces a more uniform particle distribution, with a decreased particle size.”

The end result is enhanced flavor: “Cooling of coffee beans significantly decreases the rate of mass loss through volatile sublimation/evaporation,” the team reported. “Thus, coffee that is ground and brewed cold could potentially demonstrate increased aroma and or flavor in the eventual brewed cup.”

Just how cold does the bean have to be? The short answer is the colder the better. Researchers tested temperatures as low as -196 degrees Celsius and , “the colder the beans the finer and more uniform the particles were from the grind,” Phys.Org reported.

The researchers predict that their discovery could be adapted in coffee chains worldwide. “It could have a major impact for the industry,” said Christopher Hendon, who was a chemistry PhD student at the University of Bath at the time of the study. “People are trying to produce a very high quality drink with really quite powerful tools and are willing to try new things.” 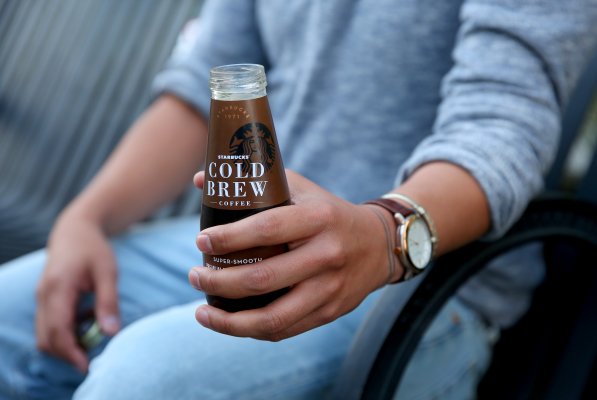