Republican presidential candidate Donald Trump speaks at the National Rifle Association's NRA-ILA Leadership Forum during the NRA Convention at the Kentucky Exposition Center on May 20, 2016 in Louisville, Kentucky.
Scott Olson—Getty Images
By Will Drabold

Donald Trump said Wednesday that he would meet with the National Rifle Association to discuss “not allowing people on the terrorist watch list, or no fly list, to buy guns.”

If the presumptive Republican nominee follows through, it would appear to put him on roughly the same side of the issue as President Obama and Democratic rival Hillary Clinton.

But it’s also possible that Trump’s position, so far described only in a tweet, will be closer to a long-held Republican position—which sounds identical on paper, but is very different in implementation.

Here’s the issue. Most Democrats support banning anyone on the FBI watch list from purchasing a weapon, full stop.

Most Republicans, and even the NRA, say the same thing. In 2015, the gun lobby said it “does not want terrorists or other dangerous people to have firearms.”

But the Republican solution would not impose a full ban. In 2015, Republican Sen. John Cornyn of Texas proposed an amendment, backed by nearly every Republican in the Senate, that would allow the attorney general to bar someone on the watch list from buying a gun, but only for 72 hours. During that time, law enforcement officials would need to perform an investigation and convince a judge not to allow the person to buy a gun.

In 2013, Rep. Pete King, a Republican from a gun control-friendly portion of New York, introduced a bill, backed by nearly all House Democrats, that would ban anyone on the FBI watch list from buying guns.

In December, just one day after a mass shooting in San Bernardino, a similar bill failed to pass the Senate by 15 votes.

King’s bill has so far earned almost no Republican support and has languished in the House for more than three years. He reintroduced the bill in February 2015.

On Monday, King told TIME his bill is “not going to go anywhere.” 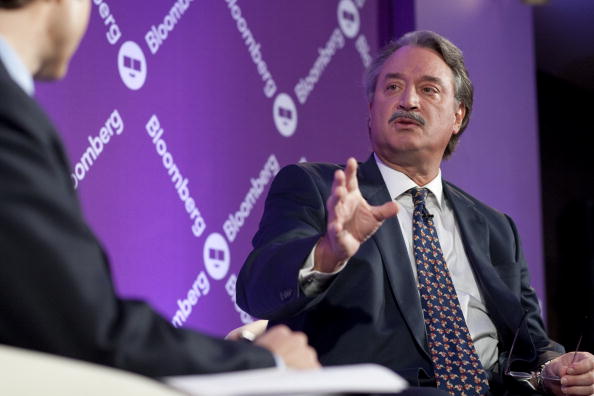 Meet the Republican Critics of Donald Trump Now Working to Elect Him
Next Up: Editor's Pick