The Surprising—and Welcome—Social Advance Embedded in the Orlando Attacks

Mourner Henry Duong pays during a memorial service in San Diego, California on June 12, 2016, for the victims of the Orlando Nighclub shooting. Fifty people died when a gunman allegedly inspired by the Islamic State group opened fire inside a gay nightclub in Florida, in the worst terror attack on US soil since September 11, 2001. / AFP / Sandy Huffaker (Photo credit should read SANDY HUFFAKER/AFP/Getty Images)
SANDY HUFFAKER—AFP/Getty Images
Ideas
By Karl Vick
Karl Vick is an Editor at Large based in New York. From 2010 to the autumn of 2014 he was the Jerusalem Bureau Chief, covering Israel and the occupied Palestinian territories with occasional forays into other lands.

The cliché holds that technology changes much faster than culture, but Orlando shows just how fast culture can change, too. Not long ago at all, there would have been anguished debates in newsrooms about whether even to name the shooting victims at a gay nightclub, for fear of inadvertently outing them. Today, and every day since the morning of June 12, they are celebrated as national martyrs in a great, choking swell of fellow feeling.

You could call it the silver lining of the Pulse attack, if that lining is understood as the mesh that holds us to one another. Deep differences remain in American society; LGBT people remain the most likely to suffer a physical attack or hate crime. But something elemental happened after June 12: The surge of acceptance that made same-sex marriage the law of the land—the gradual recognition of one shared feeling, love—was sealed by a shared grief.

It feels good and right but also—glimpsed from the perspective of even a decade—astonishing. Ten years ago, gay rights advocates were debating among themselves how fast America could change. Same-sex marriage had lost in every referendum, often after “no” campaigns heavily financed by the Mormon church. After Orlando, the Lt. Governor of Utah, Spencer Cox, a Mormon, apologized for his previous treatment of gays in a stirring speech to a candlelight vigil that quoted Lincoln, John F. Kennedy and the Prophet Mohammed. “You have treated me with the kindness, dignity, and respect — the love — that I very often did not deserve,” Cox said. “And it has made me love you.”

Read More: Here’s the FBI’s Timeline and Transcript from the Orlando Nightclub Attack

What changed? Millennials coming of age without having learned prejudice. Individuals coming out, in numbers and places that made their rights harder to deny. But the crucial moment, of course, was June 26, 2105, when in Obergefell v. Hodges, the U.S. Supreme Court legalized gay marriage in all 50 states. The 5-4 decision amounted to an act of leadership, reluctant but still profound. And the massacre in Orlando provided another.

One day after the attack, the UN Security Council for the first time ever issued a statement condemning “targeting persons as a result of their sexual orientation.” The statement required unanimity from a panel that included Egypt, Russia, Senegal and Malaysia, none of which is friendly to gays. This is how things change. Ground is prepared, space begins to open up, and the barriers between private behavior and public acceptance begin to wear down.

Nothing is simple, and Americans should not expect every corner of the world to change as fast as we lately have. Talk about facts on the ground: Omar Mateen’s father, who after the massacre announced “God himself will punish those involved in homosexuality,” moved to the U.S. from the Pashtun region of Afghanistan, where American visitors are stunned by the openness with which a man will speak of lust for teen boys “before they get their beards.”

But after the attack, the mainstream swelled wider, and those who resisted—like the Florida Republican officials who saw fit to skip the largest vigil for the victims, which was sponsored by a gay-advocacy group—found themselves watching from a crumbling bank. One of the things they saw was their presumptive nominee for president, Donald Trump, first amp up his attack on Muslims, but then repeatedly try to outflank Hillary Clinton as the greater protector of the nation’s lesbian, gay, transgender and bisexual populations.

Activists weren’t buying what the candidate was selling—not given both Trump’s refusal to endorse same-sex marriage, and his insistent attacks on immigrants and Muslims, his preferred “Other.” When Trump showed up near the Washington offices of the Human Rights Campaign on June 16, supporters of the group swarmed his Washington motorcade, chanting and holding aloft signs reading, “Love Wins.” The lesson of an otherwise terrible week was that, given half a chance, it really does. 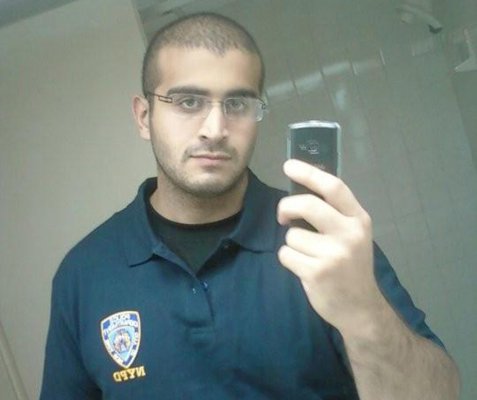 Speaker Criticizes FBI Over Redactions in Orlando Transcript
Next Up: Editor's Pick