Every startup needs a good creation myth. Not many can match Seth Sundberg’s story about his company’s founding. Sundberg left college early, not to write code but to play pro basketball. In time, he transitioned to real estate, managing a mortgage office in the Bay Area. The big setback came in 2009, less from the housing crisis and more from a fraudulent $5 million tax refund, which led to five years in a federal prison.

In a matter of months, Sundberg went from the comfortable life inside a real-estate bubble to a prison-kitchen job that paid $5.25 a month. It was in that kitchen that Sundberg became the entrepreneur he is now. One day, he pulled a box of chicken from the freezer and read the label: Not for Human Consumption. “It was kind of surreal,” Sundberg says, “It took me a moment to put it together.”

Sundberg not only swore off prison chicken forever, he began to hunt the prison commissary for nutritious, protein-rich bulk foods. With the help of a fellow inmate, Sundberg cooked up a blend of trail mix, oatmeal, peanut butter and honey, improving the recipe through a trial-and-error R&D process until it yielded a satisfying granola bar. Soon enough, other prisoners were craving the bars, and Sundberg and his partner were in business, making about $200 a month. Hardly a unicorn, but a big upgrade from kitchen wages.

In Silicon Valley, founders and financiers love to talk about second acts. Adversity can’t stop a true entrepreneur, but it can shape one. Two years ago, Sundberg left prison with little money but with a recipe he could turn into a business. He sought help from Defy Ventures, a nonprofit whose motto is “change your hustle.” Defy, which sees itself as a cross between Khan Academy and Y Combinator for people with a criminal history, believes many people behind bars are entrepreneurs gone awry. Defy offered Sundberg business training, mentorship and modest funds.

A year later, Sundberg founded his company, Prison Bars, altering the recipe to be organic, non-GMO, and gluten free—“which you have to be,” he says—and selling them online and through a handful of independent shops in San Francisco. Anyone who has ever walked into a grocery aisle and taken in the staggering array of choices will know what happened next. Sundberg realized he needed something to differentiate his brand in an intensely competitive market. He drew on his only asset, his story. Hence the company’s name and the tagline, “criminally delicious,” on each granola bar.

Prison also strengthened Sundberg’s acumen. Keeping a strong balance sheet might seem like a quixotic endeavor in a federal prison, but Sundberg saw it would show others he could pay them to make, wrap and sell the bars. He learned to seek out people with two core qualities. The first is an ability own one’s mistakes, past or present. The second is the drive any good entrepreneur is born with.

“If they were in the drug game, maybe that’s what got them in prison, but it’s also what gets them through after prison—just putting their head down, having a vision and taking care of that vision,” Sundberg says. “If you lose hope, you’re done. I know guys who barely got out of bed for three years. Then one day they got a spark back. That’s the element of hope we want to give.”

Today, Prison Bars employs six people, four of them with criminal histories, all making or distributing its granola bars in San Francisco. Sundberg has bold plans. He’s working with food scientists to tweak the recipe and marketing experts to make packaging more appealing to jaded consumers. And he wants to expand into ten more cities, each with a sales staff of four.

Many of those jobs will go to people who, like Sundberg, left prison and re-entered a workforce often averse to the formerly incarcerated. “Everyone’s made mistakes, and everyone’s been given a second chance at some point,” Sundberg says. “My vision was to see if people cared about this topic, to start having conversations that raise awareness. You never know what kind of ripple effect that can cause.”

One early effect is to help Prison Bars stand out from the crowd. Grocery chain Bi-Rite will begin selling the new bars in its stores this month. Sundberg is talking with tech giants like Google about offering Prison Bars as a snack to their workforce and, fittingly, with Alcatraz as a munchie for hungry tourists.

One goal he aspires to is to distribute his granola bars behind the prison bars themselves. It’s the clearest message he could send back—that there is hope in commercial markets for entrepreneurs even if they took an early, wrong turn. 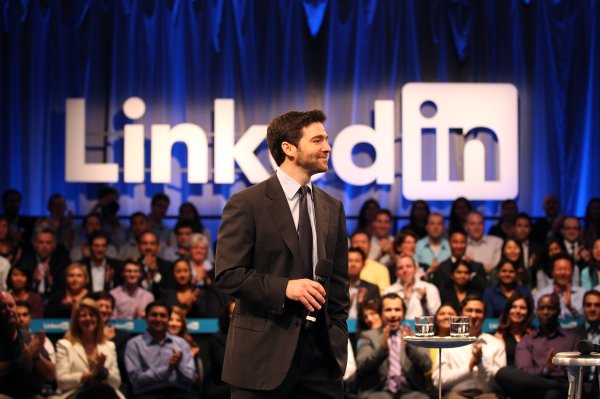 Why the Creative Accounting in the Microsoft-LinkedIn Deal Is So Disturbing
Next Up: Editor's Pick