Customers push a shopping cart towards the entrance of a Target Corp. store in Chicago on May 16, 2016.
Bloomberg/Getty Images
By Daniel White

Employees at a Target store in Torrington, Connecticut came to the aide of a woman, after a man called her “disgusting” for breastfeeding her baby in public.

The incident was captured on camera by the woman, Jessie Maher, and posted to Facebook where it has more than five million views.

Maher said the man called her “disgusting” as she breastfed her child, and the two exchanged words before Target employees came to her defense.

“You shouldn’t be ashamed of feeding your baby. He can go the other way. This is a beautiful moment. If he doesn’t like it he can go,” said an unidentified woman in the video. “Then don’t look, okay? I’m here protecting her.”

Maher told CBS that the Target employees made her feel comfortable in the store and that nursing is allowed in public in accordance with both Connecticut state law and Target policy. CBS reports the retail chain allows nursing in public areas of the store and in the fitting rooms. 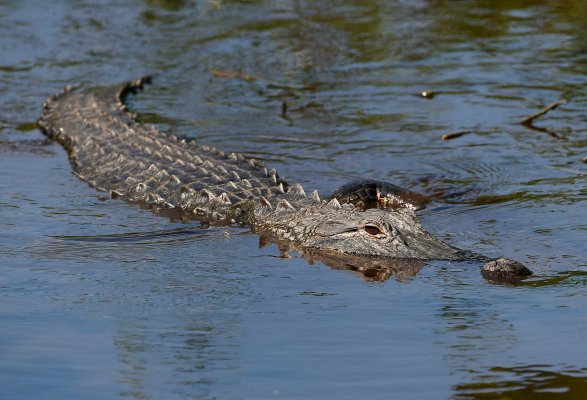 An Alligator Dragged Away a Child Near Disney. But Fatal Attacks Are Rare
Next Up: Editor's Pick