What Science Has Taught Me About Raising Girls

I loved everything about the blow-up race car I had when I was a boy. The little toy was composed of six or seven parts—fenders, roof, hood—which snapped together on a spring-loaded frame. Its entire point was to be run as fast humanly possible into a wall or door or—unimaginable joy—another blow up race car, causing its pieces to fly in all directions with a satisfying sproing. Then you’d do it again. And again—all day if you could get away with it.

It was the most wonderfully pointless toy in the world and it was therefore perfect for boys who, it was assumed, would be spending their days breaking something anyway. There was not, no surprise, a model marketed to girls.

Let’s stipulate up front what science knows: Human beings exist on a behavioral continuum, with plenty of room for boys who like dress-up and doll houses and girls who like toy guns and war games and, yes, blow-up cars. And things are all the more fluid as we understand and embrace more about sexual orientation and gender identity.

But let’s stipulate what else science knows: Gender-based behavioral differences are real and they’re powerful and they’re baked in at birth—shaped by genes and womb environment and the very size and shape of certain structures in the brain.

I knew this only in an abstract way when I was growing up. I was the third of four boys so close in age that only four and a half years separated the oldest from the youngest. Our home was a total-immersion, all-boy boot camp and we played and fought and loved and brawled accordingly. I reckoned that if there were a sister in the mix she’d be a different player altogether, but I didn’t know how.

Then I grew up, got married and my wife and I had two girls—now 13 and 15—and the gender polarity flipped entirely. I was now the sole male in a houseful of females, and for me, the experience has been something of a full-time longitudinal field study in dimensions of childhood development I’d never really gotten to observe up close before.

Start with the brawling. It certainly didn’t surprise me that sisters would hit, kick and scratch each other with the same happy bloodlust boys do, and there have been plenty of times my wife and I have had to pull our girls apart. But there are subtler dimensions of combat that boys don’t exhibit.

Males, broadly speaking, skew toward conflict and dominance while females skew toward negotiation and coalition building. That’s in keeping with the genders’ evolutionary roles as hunters and warriors on the one hand and keepers of the social order on the other.

Read more: How Your Birth Order Affects Your Odds of Success

In my book The Sibling Effect, I explored what this means for behavior in the home. Girls, the research shows, tend to be more candid and share more confidences with each other than boys do—something I’ve observed over the years with my daughters, when I stumble on them in conversation with each other and get a none-of-your-business glare for my troubles.

But candor can leave you vulnerable too, if the other person pockets the information or confession you’ve shared and flings it back at you in a moment of anger. “Because girls know each other so well, they can be devastating teasers and bulliers,” developmental psychologist Judith Dunn of King’s College in London told me. “They know just what upsets the other.”

This has not happened often in our home—one girl exploiting the other’s precise psychic weakness—but that doesn’t mean it hasn’t happened at all. My wife and I have taken care to intervene immediately if that weapon is used. Bruises and scratches heal a lot faster than the emotional wound of sisterly trust being breached.

The opposite dynamic applies as well. The deep way my daughters know each other makes them equally protective of each other. When the older of the two girls was in third grade she began wearing a back brace for scoliosis and was, for a short period, teased unmercifully by her classmates. When our younger daughter, who was only in first grade at the time, learned about this, there was nothing less than murder in her eyes. Now, years later, I see a similar empathy and protective ferocity if one of them is hurt by the kind of Mean Girl remark that gets tossed about so freely in middle school and high school.

Sibling science has something to say as the girls approach dating age too. In a simple but elegant study conducted in 2005 by psychologist William Ickes of the University of Texas, Arlington, undergraduate males and females who either did or did not have opposite-sex siblings were paired off for a sort of laboratory speed-dating session and were asked afterwards to rate how the brief encounter had gone.

In general, men who had sisters were rated higher by the women than men who did not, scoring better on what exposure to sisters would have taught them—listening better, asking questions, making eye contact. Similarly, the women who had brothers were rated higher by the men, who liked their assertiveness, directness and frank sense of humor—qualities you can certainly learn without a brother, but you learn earlier with one.

That doesn’t affect in any meaningful way how I parent our girls, but it does mean I take care not to censor the often childish and very boyish humor I shared—and still share—with my brothers. Yes, it makes my younger daughter roll her eyes in perfect, 13-year-old world-weariness, but it also means a little in-the-home training in the behavior of boys that the girls wouldn’t otherwise get.

Science, of course, takes you only so far in the business of raising children. It is much more a job of patience and instinct and hunches and love—and a whole lot of very hard work. But understanding the basic software of the children you’ve got—particularly the lines of gender code that are so powerfully a part of who they are—has, I’d like to think, helped me do that job a little better. 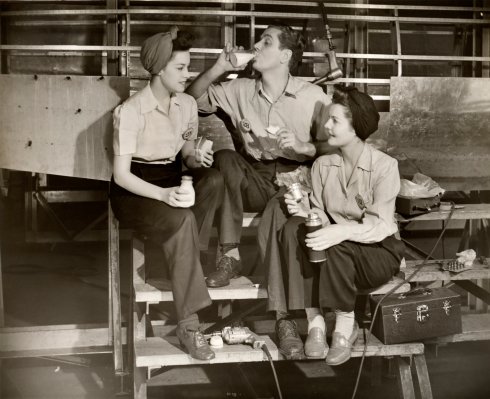 From Horse People to Hillary Clinton: A History of Women Wearing Pants
Next Up: Editor's Pick