On June 2, California Judge Aaron Persky sentenced Brock Turner to six months in prison for sexually assaulting a woman at Stanford University last year in a case that rightfully shocked and outraged the nation. The tragically short sentence in the Turner case sent a message to survivors: even if they risk a public’s judgement and the shame that can come with telling their stories—even in a courtroom—we have a system with the ability to fail them in the most awful of ways.

Our system has failed, is failing and will fail again if we do not act. One out of three rapes are reported in the U.S. In 18% of reported rapes, the attacker will be arrested, and only six out of 1,000 cases will lead to prison time.

Sexual penetration without consent is rape. It is never invited, wanted or warranted. Rape is rape, period. By defining rape in California as “an act of sexual intercourse,” we have created a loophole in our system through which we already know one too many rapists has passed.

The FBI defines rape as “penetration, no matter how slight, of the vagina or anus with any body part or object, or oral penetration by a sex organ of another person, without the consent of the victim.” This broader definition does not allow for wiggle room. The seriousness of the crime is clear.

Prosecutors in California were not able to charge Turner with rape because there was no penile penetration. Other forms of sexual penetration without consent are not defined as rape under California law. Turner’s actions may not have fit in to the traditional heterosexual definition of “intercourse,” but the emotional and mental harm was still the same.

The survivor later told Turner: “I don’t want my body anymore. I was terrified of it, I didn’t know what had been in it, if it had been contaminated, who had touched it.”

California’s antiquated rape law and the injustice it created is wholly unacceptable, which is why I am dedicated to working with my colleagues in the California State Legislature to pass AB 701, which will provide every survivor—man or woman—with the tools and resources they need to protect themselves and, ultimately, our communities from the dangerous individuals who ignore consent.

This starts by clearly defining rape to ensure the consequences for such acts are properly assigned to their perpetrator. When we fail to call rape “rape,” we rob survivors and their families of the justice they deserve.

Rape is rape—the law should reflect that.

In the survivor’s own words: “The seriousness of rape has to be communicated clearly, we should not create a culture that suggests we learn that rape is wrong through trial and error. The consequences of sexual assault needs to be severe enough that people feel enough fear to exercise good judgment even if they are drunk, severe enough to be preventative.”

Six months or less of jail time is an unacceptable price to pay for ripping apart the life of a fellow man or woman. Hopefully, being able to properly label the crime will ensure more survivors will see justice done. 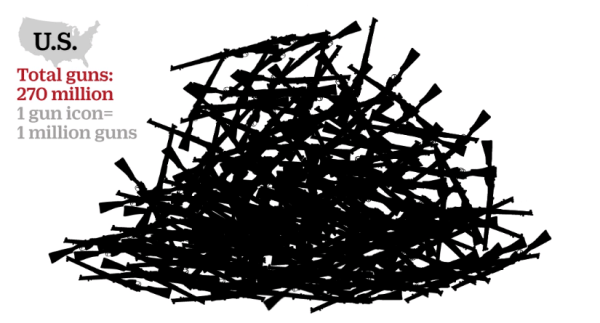 The Las Vegas Shooting Is a Haunting Reminder of Just How Many Guns Are in America
Next Up: Editor's Pick