Entertainer Beyonce performs onstage during 'The Formation World Tour' at the Rose Bowl on May 14, 2016 in Pasadena, California.
Kevin Mazur/WireImage
By Megan McCluskey

While the Beyhive has been busy getting in formation at Beyoncé’s world tour, they have also been supporting the victims of the water crisis in Flint, Michigan. As part of an ongoing philanthropic effort, the singer has given fans the option to donate when purchasing tickets, an initiative that has helped raise $82,234 to provide relief for the city.

A check for the money was presented by Parkwood Entertainment, Beyoncé’s management company, to the United Way of Genesee County at a Detroit high school Monday, according to a press release. “We are so grateful for the support Beyoncé has given to those in Flint and the way she has inspired her fans to fight for the education, health and financial stability of everyone in their communities,” said Stacey D. Stewart, the U.S. President of United Way Worldwide. “This partnership demonstrates just how easy it can be to give back.”

In addition to the main donation — which will go toward funding for “filtration pitchers, faucet mount filters, replacement cartridges and truckloads of water” — Parkwood announced that 14 high school students will receive “college gifts” to cover the costs of their education along with tickets to Beyoncé’s Detroit concert at Ford Field Tuesday night. 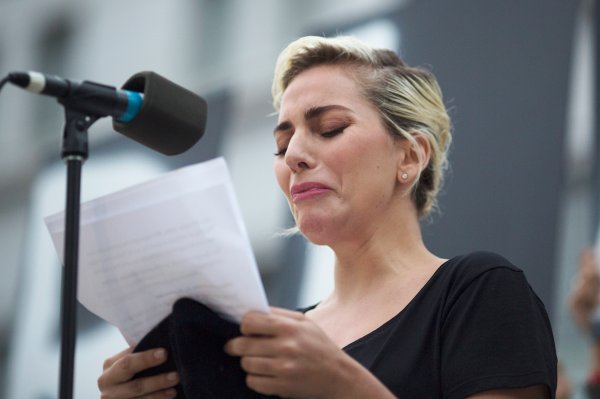 After Orlando, What Are Celebrities' Responsibilities to Their Fans?
Next Up: Editor's Pick