Gugu Mbatha-Raw attends the photo call for "Free State Of Jones" at on May 11, 2016 in Los Angeles, California.
Alberto E. Rodriguez—Getty Images
By Eliza Berman

In recent years, screens big and small have seen such an uptick in stories about slavery—from Django Unchained and 12 Years a Slave to TV’s Underground and Roots remake—that some black actors have criticized Hollywood’s appetite for depicting brutality against black people, citing a lack of imagination for other periods in African-American history. But the British actor Gugu Mbatha-Raw, 33, who stars opposite Matthew McConaughey in this summer’s Free State of Jones, begs to differ.

“This movie isn’t just about slavery,” she says. “Often you see villainous slave owners and victimized slaves.” Jones, on the other hand, depicts poor white farmers joining runaway slaves to form an uprising. “It’s about how people can be united in the fight for freedom,” she says.

And, as the story goes, for love. Free State of Jones is based on the true story of Newton “Newt” Knight (McConaughey), a Confederate Army deserter who led a rebellion against a South he believed was enlisting poor farmers to fight for the interests of rich men, namely cotton and slaves. (That’s according to the movie’s telling, anyway—historians still debate his true motivations.) Mbatha-Raw plays Rachel, a runaway slave who joins the insurrection and later marries Newt, becoming one of the few black women to own land in Mississippi.

Mbatha-Raw, who in recent years starred in Concussion and Beyond the Lights, still has to pinch herself from time to time. Her plan was never to become a movie star. Growing up in Oxfordshire, England, she fell in love with dancing at the age of 4 and then, after playing Dorothy in The Wizard of Oz at 11, musical theater. She spent her youth taking the bus the 6o miles in to London to see West End productions of Les Miserables and Miss Saigon, feeling no closer, in her words, than “a million miles from Hollywood.”

So she pursued a stage career, studying at the Royal Academy of Dramatic Arts and spending six years on the London theater scene. Just as that world felt like it was beginning to close in on her, a production of Hamlet in which she played Ophelia opposite Jude Law got a Broadway transfer, and she moved to America to live the New York dream she’d fantasized about while watching Friends as a child.

“I found it fascinating—she lived this double life between the plantation and the rebels. The courage that must have taken!” says Mbatha-Raw. She got into character by exploring Louisiana’s swamplands, a great deal of which are largely unchanged since the time when Rachel met Newt across the state line in Mississippi. “It’s helpful to go to the place where my character may have stood,” she says. “To be out there in the swamps, to smell the magnolia trees. I find that so informative on a sensory level.”

Though McConaughey may get top billing, Free State of Jones is largely about the role of women during wartime—both slaves like Rachel and white Southerners, like Newt’s first wife Serena (Keri Russell), left behind by husbands called to war. The Knights’ arrangement was far from perfect—Reconstruction replaced the violence of slavery with new forms of cruelty—but it still resulted in whites and blacks living harmoniously, if only in one little corner of the South. Even Serena lived alongside her former husband and his new wife. As Mbatha-Raw says, quoting director Gary Ross’s script, “Wars make strange families.”

Some of Mbatha-Raw’s most prominent roles to date may be drawn from history, but the coming year will see her take on characters from the future (she stars in the forthcoming J.J. Abrams sci-fi flick God Particle) and from fairytales (she plays the chambermaid turned feather duster Plumette in Disney’s live-action Beauty and the Beast). But the challenges are universal. “Time marches on,” she says. “But human beings still worry about the same things.” 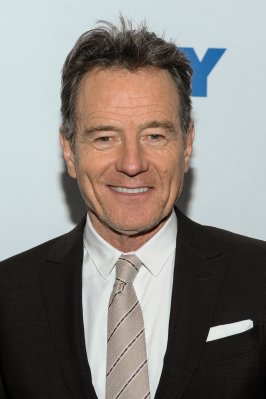 Bryan Cranston Explains How to Break Up a Cartel in this Featurette for The Infiltrator
Next Up: Editor's Pick